TAMALE: Youth Group Say Terror Police Officers are Enemies of Dagbang and Should Be Transferred

By Kumbundoo (self media writer) | 25 days ago A Tamale-based youth group known as Dagbang Patriots for Development has described as disheartening the treatment meted out to residents of Nakpanzoo, a suburb of Tamale, following an operation to clamp down on power theft suspects. The group has thus demanded immediate transfer of the rambo-style police officers, calling them enemies of the Dagbang State as their action have not shown they care for the rights, safety and protection of the people. The police officers who were assigned to help the power distribution company NEDCo arrest culprits chose to rather ignore laid down civil procedures and unleashed terror on residents of the Nakpanzoo suburb, lining up suspects before their families to whip and pepper spray them.The Police Service has received widespread condemnation as videos have emerged of the brutalities which happened on the morning of Monday [September 20]. 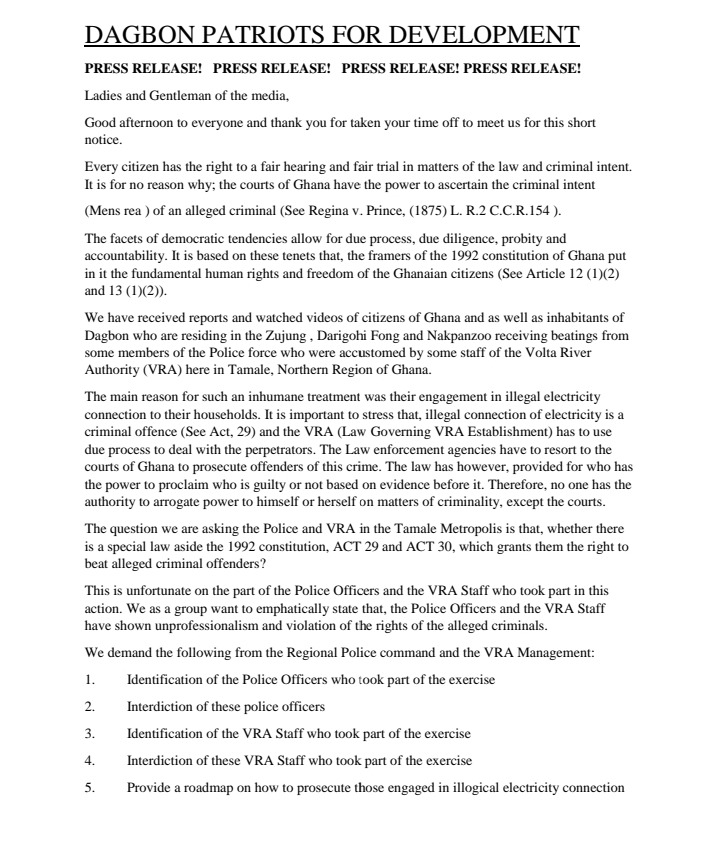 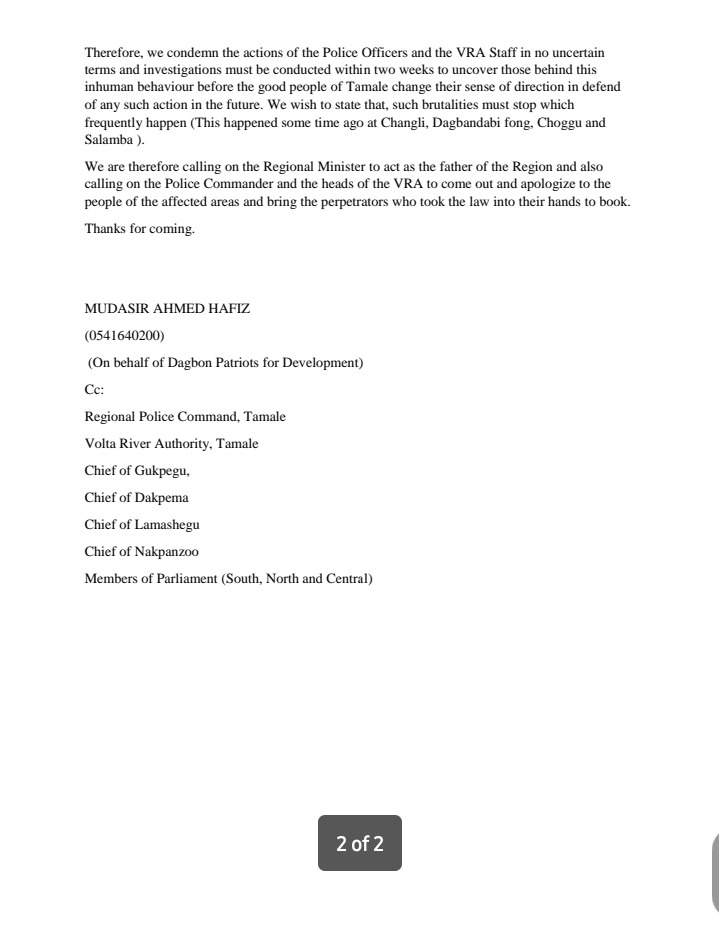 At a late evening press conference on Tuesday, Spokesperson for the group, Mudasir Ahmed Hafiz, said said even though power theft is a criminal act and the police reserved the right to arrest perpetrators, the excessive show of force against citizens by the security was uncalled for and affront to the rule of law. He said whatever punishment taken against the recalcitrant and abusive officers except their immediate transfer outside the jurisdiction of the Dagbang Kingdom will be deemed inappropriate. Mr. Hafiz called on all citizens of Dagbang to join the crusade and demand the immediate sanctioning of the officers who were involved in the horrendous acts of brutalising the civilians.

Meanwhile, the police administration has moved to quickly interdict four police officers who were involved in beating up the civilians for professional misconduct. In a statement, the Service said the officers will face service inquiries subject to regulations within the Ghana Police Service. 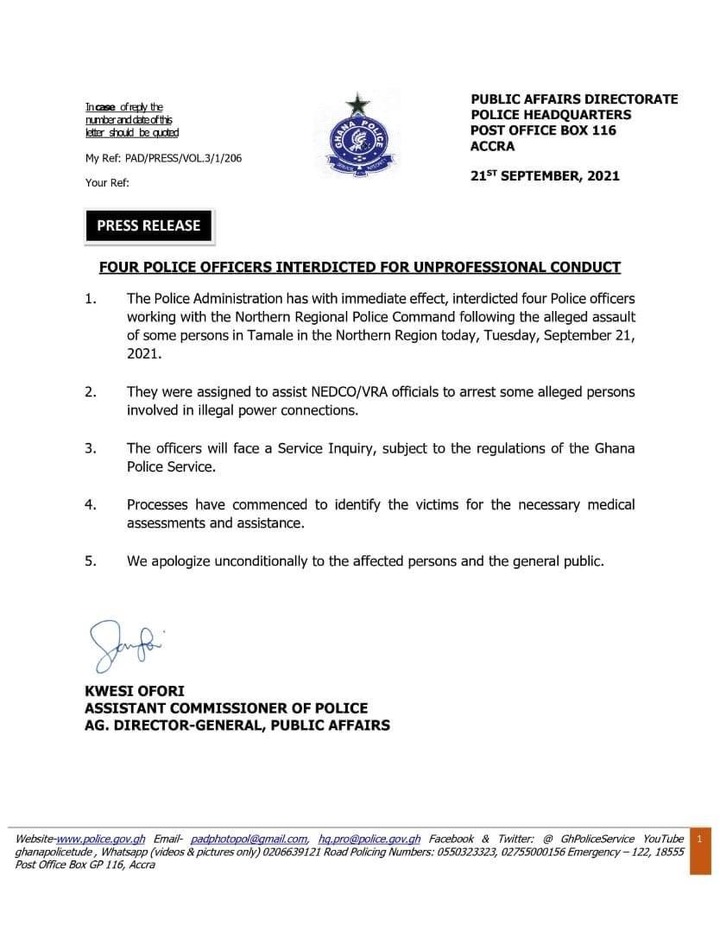 Checkout some lovely pictures from Ghanaian singer, Becca and her husband.

I Saw NAM1 In A Pool Of Blood; He Was Shot By A Gun- Prophet Speaks About His Vision

How Maame Dokono And Konadu Teamed Up In Rawlings Fortunes Finally Surfaces.