No More Acting IGP: President To Swear Dampare Into Office As IGP?

By MissChris (self media writer) | 2 months ago

The name Dampare has arguably been mentioned more than any other name in this country. Since he was named an acting IGP (Inspector General Of Police) in August, taking over from James Oppong-Boanuh, not a single day has passed by without him being in the news.

As an acting IGP, he has embarked on night Patrols, increased police visibility in communities, and somehow boosted the morale of personnel in the police service.

The term "Dampare and his boys", meaning the Ghana Police Service was coined after he was appointed acting IGP. 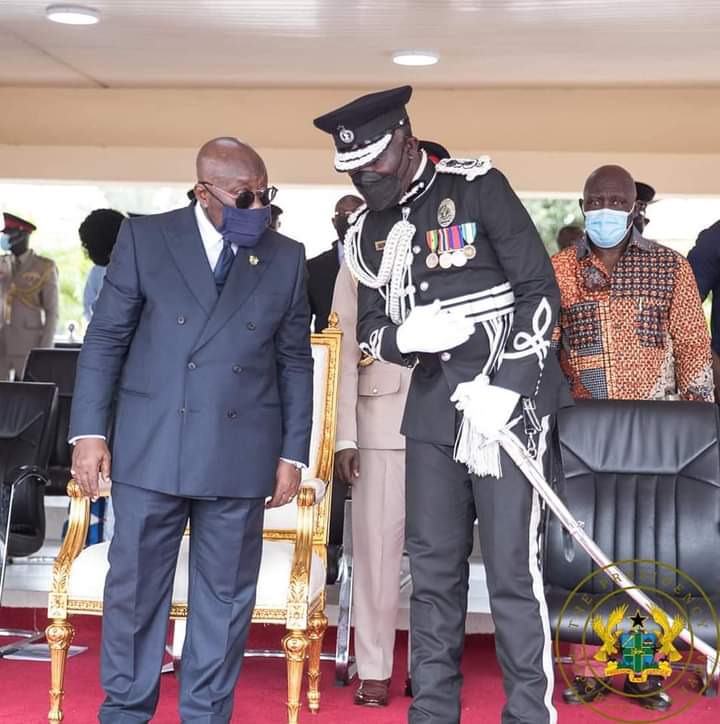 Today several media outlets are reporting that George Akuffo Dampare will be confirmed/sworn in as an IGP and will no more be an acting IGP. His confirmation as the IGP of the Ghana Police Service will mean, he will be the youngest ever in the history of the service to occupy such rank.

Though the early days of his tenure as an acting IGP has proved challenging, as a result of a spike in robberies, he seem to be on top of issue with his boys.

We say ayeekoo in advance should Dampare be finally confirmed as the latest IGP, the highest rank of the Ghana Police Service.