By Cityzen_Vigilante (self meida writer) | 21 days

Ever heard that armed robbers actually pray to God before they embark on any operation?

Well, looks like these armed robbers forgot to pray before going ahead to engage in a robbery operation.

Details of the operation are not readily available but CCTV video footage circulating online depicts a very worrying situation. 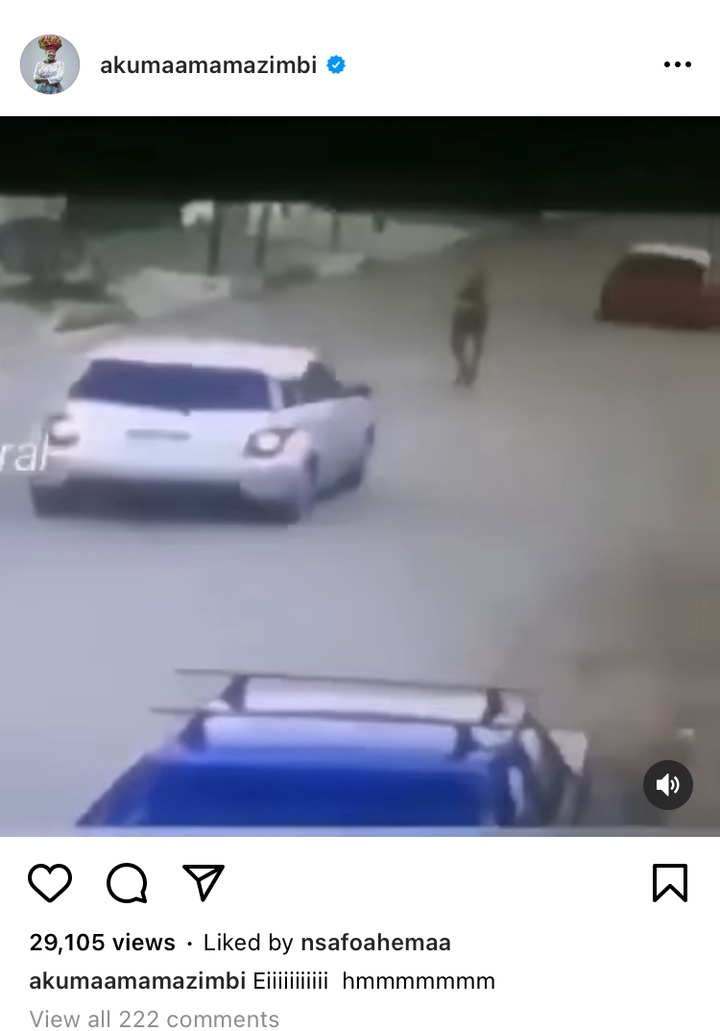 In the said video, a grey private vehicle that appears to look like a Toyota Vitz is seen moving on a quiet residential street. Within few seconds, a man is seen standing in the way of the moving vehicle wielding a gun. 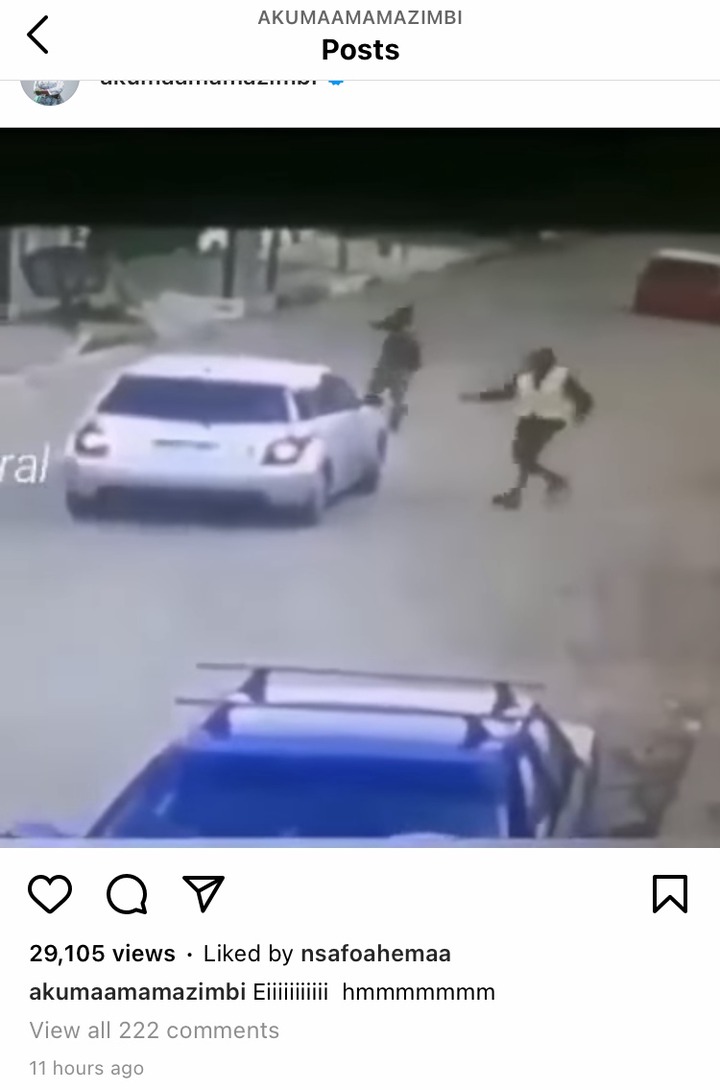 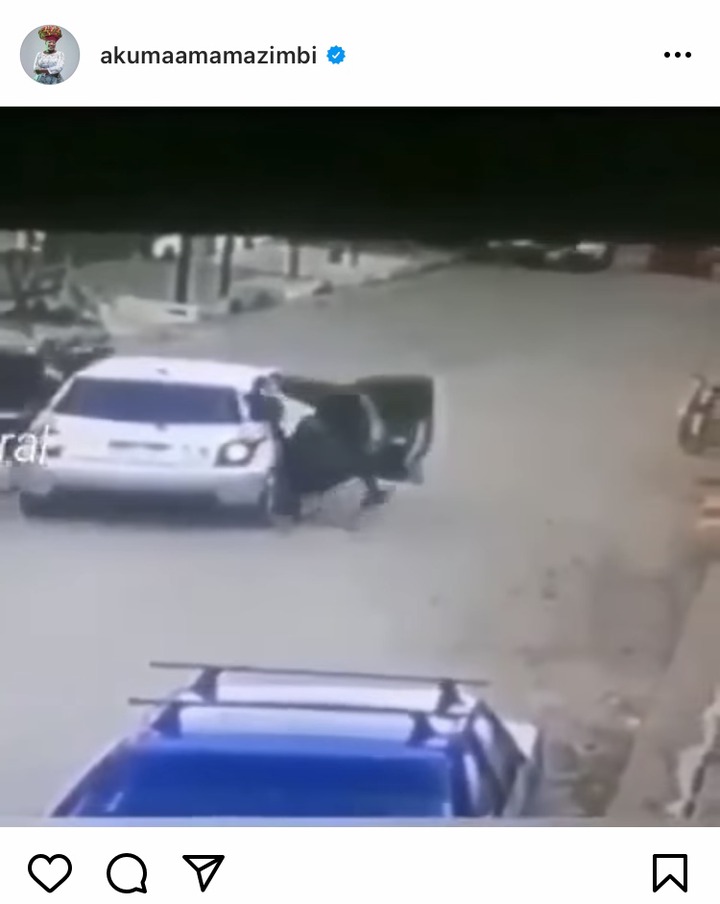 The vehicle quickly grinds to a halt and another man wearing a helmet and a reflector quickly appears from a side of the road and opens the front passenger side of the vehicle whilst the other one moves towards the driver pointing a weapon.

The other individual quickly picks a bag that may be containing some amount of money and moves back quickly towards a parked motorcycle on the side. The colleague quickly joins him on the motorcycle to escape. 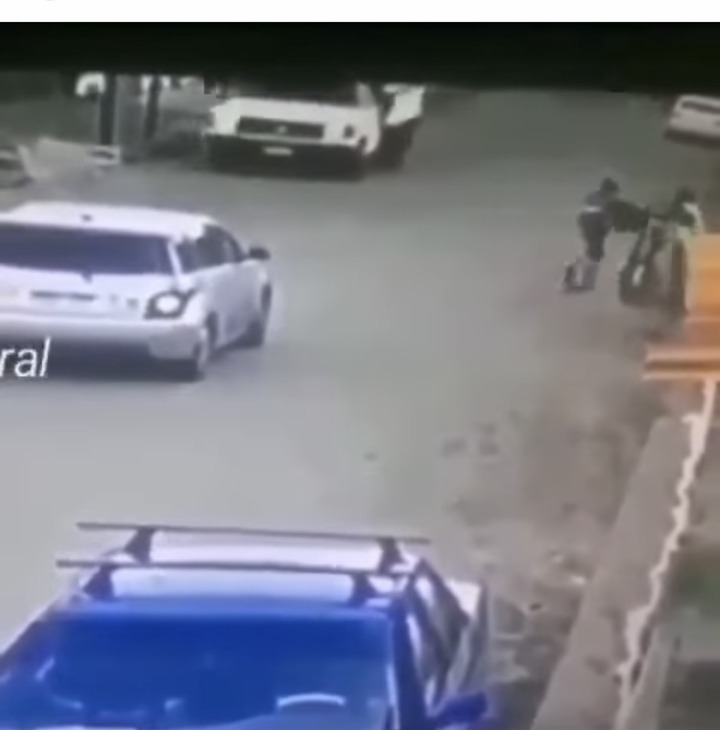 As they attempt to start the motorcycle to flee the scene, the driver of the vehicle quickly accelerates in the direction of the armed robbers and smashes them together with the motorcycle against a wall. 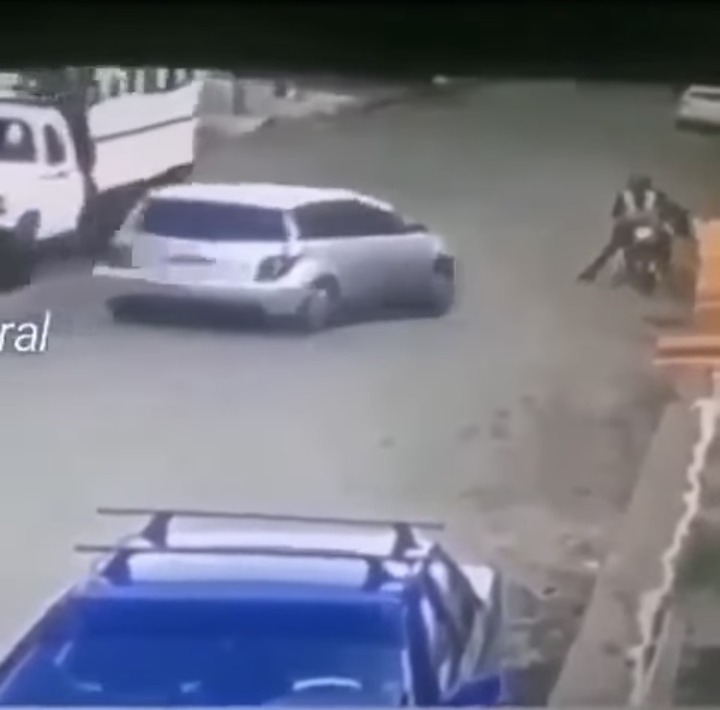 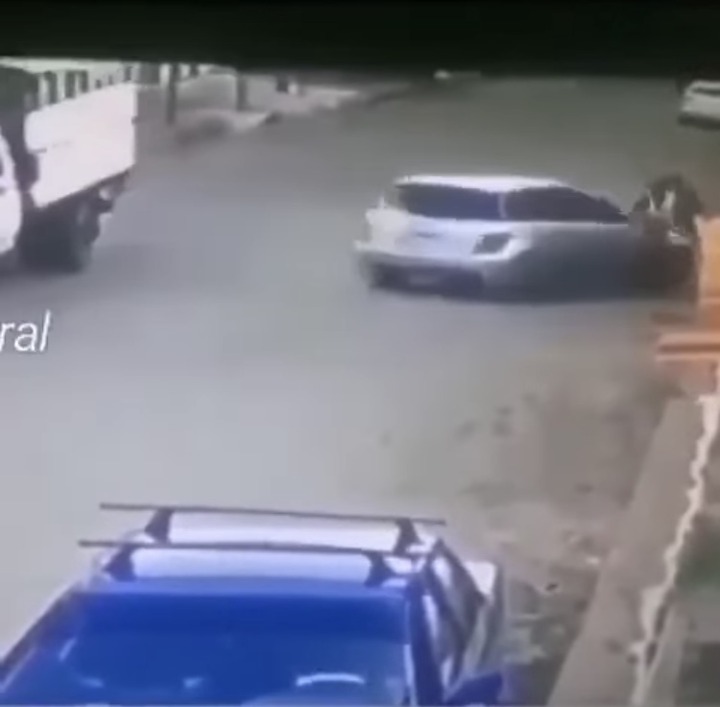 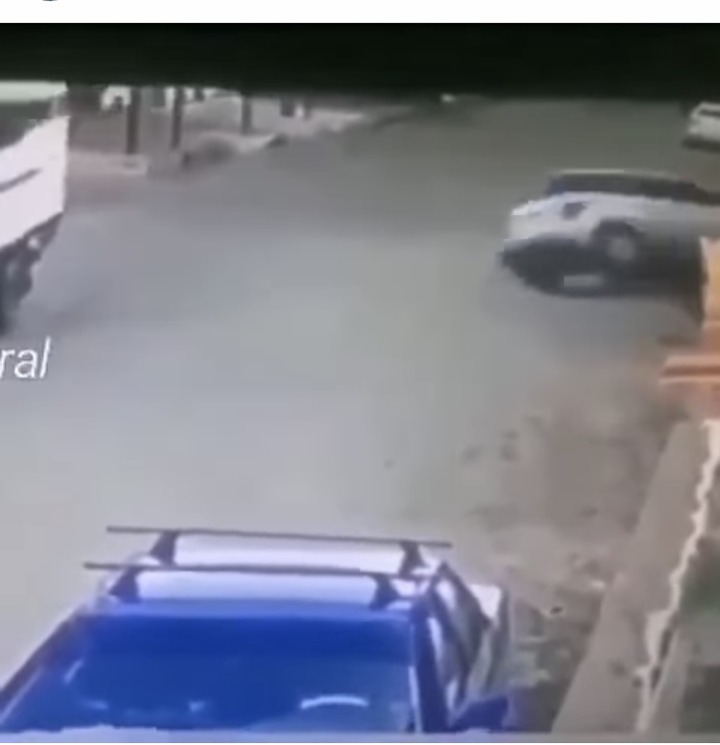 The video was posted on Instagram by Akumaa Mama Zimbi with the caption; "Eiiii Hmmm" to depict a worrying situation.

The video has garnered a lot of reactions with most of them praising the driver of the vehicle for a wise decision.

Below are some of the reactions;

official_dacoster says; "very good!! that was the exact thing that came to mind".

engineer_obiri; "the driver did well paa".

bismarksowah40 says; "he should have come back again and run on them like 3 times. Them no see anything yet".

From the reactions, it appears people are happy with the decision the driver took. It was a dangerous decision and the driver could have been shot and so I would advise anyone who has decided to do the same thing in the event of a robbery attack to give it a second thought.