By Naycha (self media writer) | 7 months ago 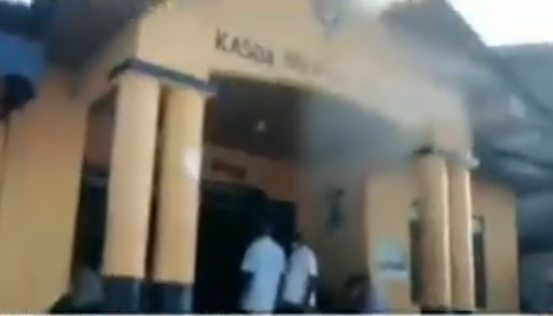 Two gay partners have been arrested by the Kasoa new market police.

The alleged gay partners, Prince Nyator, 22 years of age and Evans Amoah, 23 years of age work in a restaurant at Kasoa new market.

According to the police at Kasoa new market, Evans Amoah cheated on Prince Nyator with a new girlfriend and Prince Nyator after hearing it got angry and stabbed Evans on the right hand.

Also, it has been revealed by an eyewitness that, Evans Amoah, the 23 year old wanted a break up but Prince Nyantor who is the male partner didn't like it as he started hating on Evans Amoah.

It is said by eyewitness that, Prince Nyator proposed to Evans Amoah on Facebook and later got him a job at his work place (the restaurant).