Abemua 9 years old boy had shot his brother of 5 years old dead. The incident took place in the Bono region of Ghana. According to what had happened, both boys return from school and as there was no one at home, they decided to play. What started as a fun game shortly became a bloody mess. 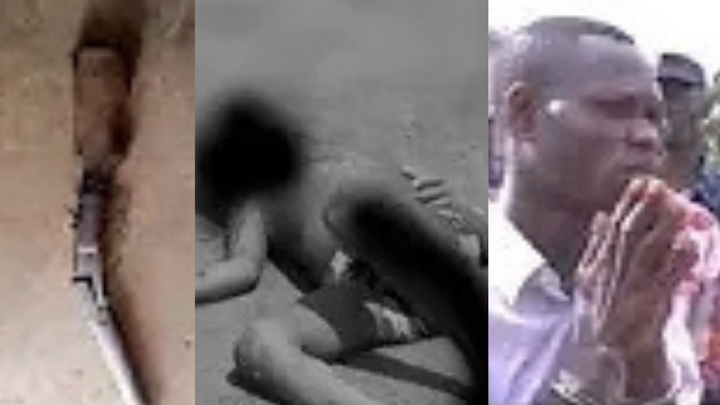 Immediately killing his brother on the spot. Neighbors around heard the gunshot and immediately ran to the scene to investigate. Upon their arrival, they saw a shivering Abemua with a gun in his hand and his brother's body on the floor with a gun wound to his neck. This was a shock to them as they have seen both kids playing not long ago. Nobody had paid attention to them as they always play whenever they are back from school.

All the while, their father was working on his farm when he heard the news about what had happened in his house. He quickly run back home. According to him, he is a hunter as well as a farmer. Before the incident, he took his gun and went into the bush in order to gun down some bush meat.

Unfortunately, he was unsuccessful returning home, he forgot to remove the bullets from the gun that day. That was how his son was able to access the gun when he left to the farm. The police have arrest him and are on investigation concerning the incident.

However, whether it is a mistake of the father or the nine-year-old son is still rising among the people in the community. Is it the father's fault for forgetting to take the bullets out, or the 9 years old son for taking his father's gun without permission?

“I Seduced My Rich Uncle To Have Sex With Me Because Of An IPhone 7+”-Lady Confesses Amidst Shame.

Tragedy: Little Girl Who Went Missing Found Dead Inside Pastor’s Freezer With Her Head Chopped Off