Dumsor: The electricity outages leaving Ghana in the dark

1. A period of time in which darkness is more prevalent than light.

The line outside Papaye is long, as on any other muggy night in Accra, the capital of Ghana, but the place looks closed. Anyone who hasn’t been to the first chain restaurant in the country before would have a hard time understanding what people are queuing for.

All the lights are out in the Abeka neighbourhood, including the neon yellow sign advertising ‘Ghana’s Total Food Care Company,’ a shining symbol of Ghana’s middle class - when there is electricity.

As the management struggles to turn on the generator, a flash of light reveals two huge rooms packed with customers eating fried rice and chicken. Then, after a few seconds, all that’s left are silhouettes in the dark. 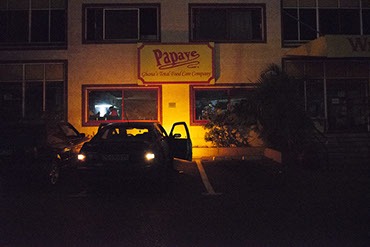 Accra, Ghana: The lights are out at Papaye Restaurant in the Alajo neighbourhood of Accra. The restaurant is packed and customers eat fried rice and chicken in the dark as management struggles to turn on their generator.

While the small West African nation is praised as one of the most stable African democracies, the state of its economy has not been as impressive amid a sharp currency depreciation, a deteriorating macroeconomic imbalance, rising inflation, and a deepening energy crisis.

The 159 days of blackout that the country experienced last year is the most striking sign of this crisis. Entire neighbourhoods switch off in an instant. Without a public load-shedding schedule, the patchwork electrical grid often leaves one side of the street in darkness while those on the opposite side have light.

The entirety of Sub-Saharan Africa produces less energy than South Korea - despite having more than 18 times its population. Compared to the rest of the continent, Ghana has one of the highest rates of access to electricity.

However, in many instances the demand is often too high to be met. The breakdown of machinery used to generate electricity - often faulty from the continuous interruptions of energy, - lack of fuel to power them, or issues in distribution, are only some of the reasons for the shortages.

Akosombo, Ghana: A view of the Akosombo Dam from the Volta Hotel Akosombo. The Akosombo Dam has been Ghana's main source of energy since the 1960s, however, due to recent droughts, it has been operating at minimum capacity.

January 22, 1966, marked the start of a new era for Ghana. Modernisation was supposed to come in the shape of the 1,030 megawatt-generating Akosombo hydroelectric dam inaugurated that day.

The giant Volta River Project, built in collaboration with the United States and with the support of the World Bank, would be able to produce vast quantities of cheap power, boosting the creation of a modern, industrial state - at least in the development dreams of the country’s first president, Kwame Nkrumah. More than 3,000 people were employed - and over 80,000 people displaced - to make room for the hydroelectric project, which formed the largest man-made reservoir in the world, Lake Volta. For Ghana, the dam came to embody the idea of nationhood itself.

"The abundant supply of electrical power will bring light to thousands of homes in the countryside where darkness now prevails," said Nkrumah during a speech presenting the Volta River Project to the National Assembly, on March 25, 1963.

According to Nkrumah, the Volta Project was supposed to become one of "the new ‘places of Pilgrimage’ in this modern Age of Science and Technology," an inspiration for the rest of the continent and the world alike.

"It will make available power practically at the door-steps of businessmen and entrepreneurs in urban areas and offer them a powerful stimulus for the modernisation of existing industries and the development of new ones."

But today, the dam’s six turbines are struggling to produce 67 percent of the country’s power — as they used to in 2012, according to the World Bank’s most recent data.

Because of a drought - very likely attributable to climate change - the water from the lake and its emissaries is at the lowest possible operating level. At the same time, over the past 50 years since Akosombo was built, electricity demand in Ghana has witnessed a skyrocketing growth of over 300 percent, reaching a peak of 1126.82 GWh in 2015. 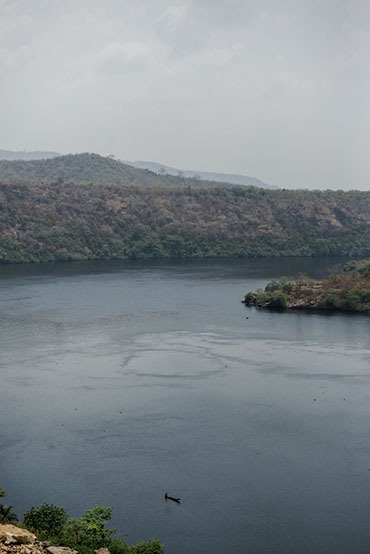 Akosombo, Ghana: The Akosombo Dam. The dam was operating at its lowest capacity - 240 feet - on this day.

Dumsor affects everybody. Families and businesses, hospitals and universities, factories and shopping malls. The private and the public.

"It reduces productivity: the fan is off and you may have to go out of the office when you don't have a generator. Or you have to go and buy a generator, and buy diesel or gasoline for the generator," said Ishmael Ackah, head of policy at the Africa Centre for Energy Policy and a lecturer in Economics of Energy at the Kwame Nkrumah University of Science and Technology in Kumasi. "So it increases the cost of operation."

Compared to the rest of the continent, Ghana has one of the highest rates of access to electricity. In 2012, it ranked second only to South Africa, as shown by the latest available World Bank data. But the blackouts still persist. 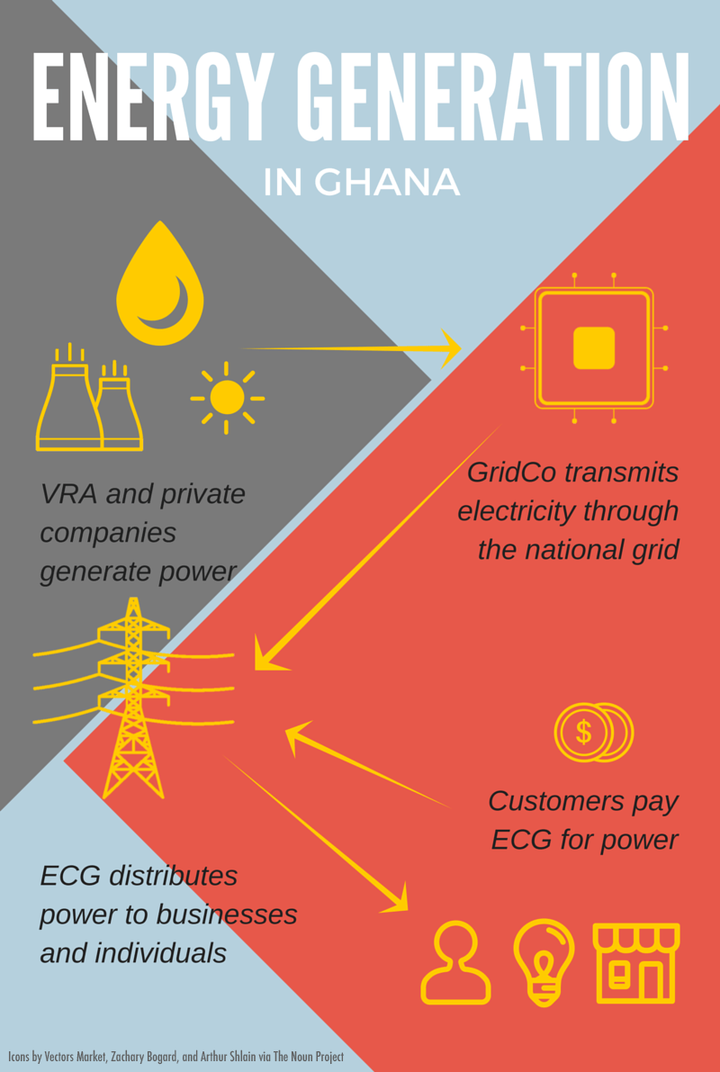 Thank you I hope this article was meaningful to you .

Tell me what article you want me to write in the comment section. I will be happy to hear from you . please follow for more and share

Content created and supplied by: Rapnyame123 (via Opera News )