29-year old man cries after robbery attack on his car at Zenu, Ashiaman

29-year old man cries after robbery attack on his car at Zenu, Ashiaman 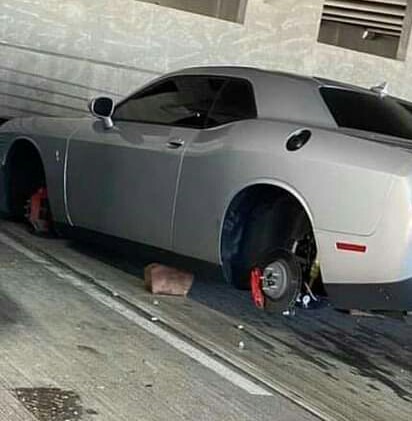 Tears has become uncontrollable for Anthony Barns, after his parked car was robbed last night. Anthony who lives at Spintex in Accra, went over to Ashiaman for the weekends with his car, but couldn't return his car back in peace. Ashiaman which is considered as one of the vibrant cities in Ghana, is a city filled with all kinds of people because of their tolerance for all cultures and tribes. The city is heavily populated and because of that, several kinds of activities goes on in. Anthony is a third year student at Ghana Telecom University, and had been able to secure for himself a life outside campus.

He deals into all kinds of trading after lectures, and that has made him become a man he has always dreamt of. He spends most of his time in town doing business with other people, and less hours for classes. He doesn't take majority of his classes, but he is always available for texting and assignments. Anthony through a Nigerian friend, started selling phones and laptops on campus at his first year in 2017. He was able to get more customers to sell phones and laptops to, because of the quests for it on campus. And he was also selling them beyond the average price, which helped him gain more markets.

He was able to get a store at Lapaz and Tudu, after selling his goods for two years on campus. Campus officials were disturbing him for his unauthorized sales at the premises of the college, and that was when he relocated to the market to get extra money. Throughout 2019 he was able to make double sales, and 2020 became a blessings to him when the academic year was cancelled in March. He used that time to sell most of his products, and did all kinds of activities, which helped him raise money to buy the car he wanted.

Anthony made plans to drive his own car, after he made quite some money from his two phones and laptop shops. Anthony bought a Dodge Challenger SRT from Grumps Autos at Spintex, in November 2020. He waited until February last month, before registering the car which has been damaged. The car which is not even four months old, was robbed whiles it was parked in a parking lot. Anthony went over to see her sister at Ashiaman Zenu on Friday after classes, and wanted to spend the weekends there. He went to the Bakery garage near the valco flat at Ashaiman, to park his car on their parking lot on Friday night and nothing happened.

Anthony wanted to park in front of her sister's apartment, but the sister warned him, because the house was not gated. She instructed him to send it to Bakery garage, where they park all their bakery cars and pay money to the watchman, in other for him to watch over the car for him. Anthony found the security man at the Bakery garage, and paid him 10 cedis tip to watch over his car for him. He went there on the Saturday morning, and picked his car, and nothing happened.

Anthony returned the car to the be parked on Saturday evening and the security man warned him, they don't work on Saturdays and Sundays night. So it was better for Anthony to look for another place to park his car, or take responsibilities when anything bad happens to the car. The security man left the garage and went home on the Saturday night, Anthony still parked the car on that night, and nothing happened to the car.

He went back to the garage for the car on Sunday morning, and everything was in tact, despite no security at the place. Anthony parked the car again on the Sunday night, where there was still no security at the place, and went home. He came back for the car this morning, and all his four tyres were gone. The custom made tyres which came with the car, were all stolen from under the car. Ashaiman divisional police command arrested the Security guard but Bakery officials stood up against it, and he has been cleared of wrong doings.

The Bakery doesn't work on Saturday afternoon to Sunday evenings, and neither do their security guards also work on such days, because it is their free day of resting. The bakery security man told Anthony to take his car, and not park it there on the Saturday night, when he came back to park it. The guard also refused to take the money because he was going home for his weekend breaks. The bakery garage is not a public parking lot, but for parking of bakery delivery trucks and office cars. The company works from Monday to Saturday afternoon, and dismisses their workers to rest from Saturday afternoon to Sunday evening.

Many people parks their cars there during the week days, but takes their cars during the weekends, because of lack of security at the place during the evening. Anthony will have to spend GH¢9,800 before he can replace the four custom tyres of the car. Anthony couldn't argue when the police set the security guard free because of the bakery policy, and started sharing tears. All his worries, was to listen to the security guard, and he could have his car intact. 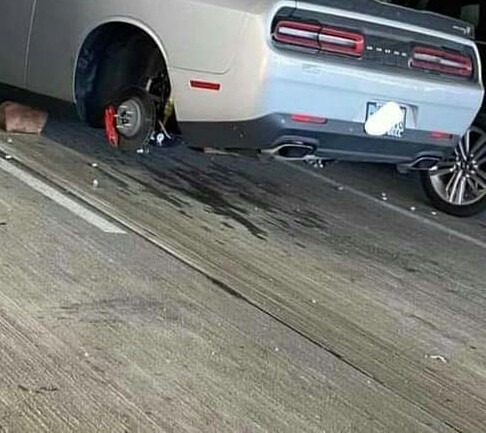 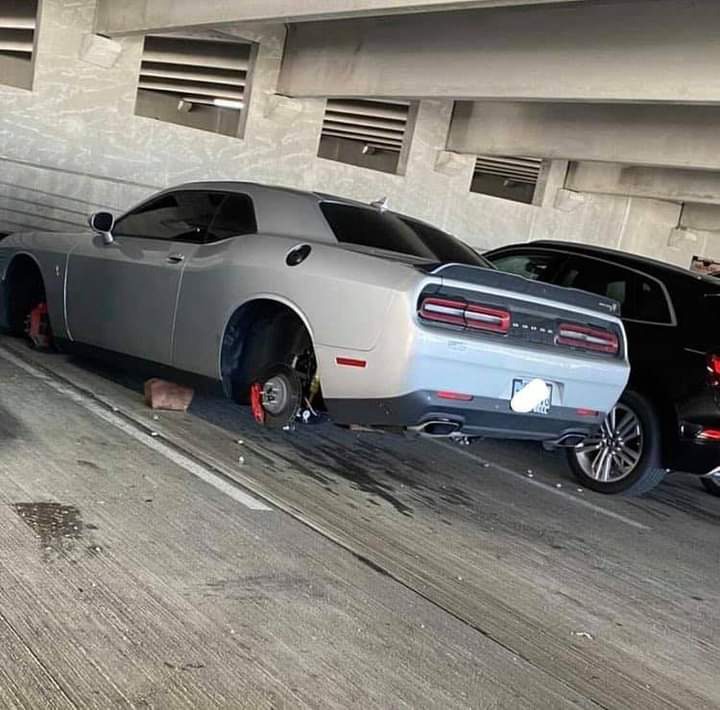 3 Types Of Friends You Need In Your Life To Be Successful.

Check out Pictures of The Wives of Addi Self, Uncle Ebo Whyte and Foster Romanus

After My Husband Died, His Brothers Started Dragging Between Themselves Who Will Marry Me -Lady Says