One feared dead in bloody clash between galamsey rivals in Tarkwa

In a brutal confrontation between galamsey rivals in Tarkwa, one person is said to have died. 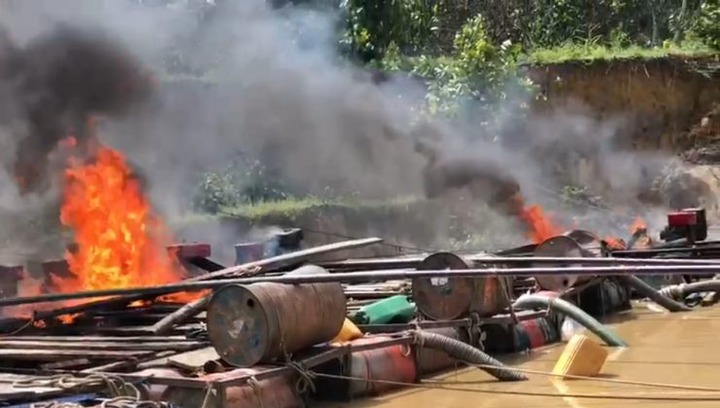 On Wednesday, rivals of two galamsey gangs clashed in Bonsa, near Tarkwa, leaving one person dead.

According to an eye witness, the situation has been simmering for some time since George Mireku Duker, a Member of Parliament, placed a leader of one of the gangs in charge of a community mining site.

According to FoxpoolNews.com, the competing gangs have attacked each other at galamsey sites on several times before communal mining was implemented in the area.

During the clash, there was gunfire and stabbings, according to an eye witness.

The injured were brought to the Tarkwa Municipal Hospital, where they are being treated.

Nollywood Actress, Takor Veronica, has been found dead in a hotel room in Benue state one week after celebrating her birthday.

Veronica was found dead in a hotel room at Nyinma area of Makurdi, Benue State, just after celebrating her birthday on March 12.

Circumstances surrounding her death are still sketchy but the state police spokesperson, SP Catherine Anene, said three suspects had been arrested in connection with the case.