A video depicting a bunch of Ghanaian youth with weapons and a pump action gun was released in the early hours of Tuesday. In any country, it is illegal for a regular citizen to have unregistered firearms in their possession. This increased the video's popularity on social media, as did what one of them said at the video's conclusion, telling everyone to run. Following the release of this film, more investigation into the leading member's social sites was conducted, and it was discovered that he was known on Facebook as Obour Belling.

More information was acquired from his Facebook account. Years ago, pictures of Obour Belling with large sums of money were circulated. This raised the possibility that he was an armed robber. Obour Belling's Facebook page also featured a startling photo of the famed Shatta Bundle. In the shot, Shatta Bundle stepped in front of the claimed armed guys and posed for a shot, fueling suspicions that he may have a connection to them.

If these men are indeed armed robbers and are later apprehended by the police, then everyone who was seen on Obour Belling's Facebook account, including Shatta Bundle, must be arrested as well. They must explain how they became associated with these armed men to the authorities. Another reason Shatta Bundle could be arrested is because he is regularly flashing large sums of money on live Facebook videos, despite the fact that his source of income is unknown to the general public.

Nonetheless, the alleged armed robbers have come out to say that they are not armed robbers, but rather ordinary galamsey operators who were only sending a warning to their adversaries in that particular video while invoking curses on those who are sullying their reputation and endangering their lives. 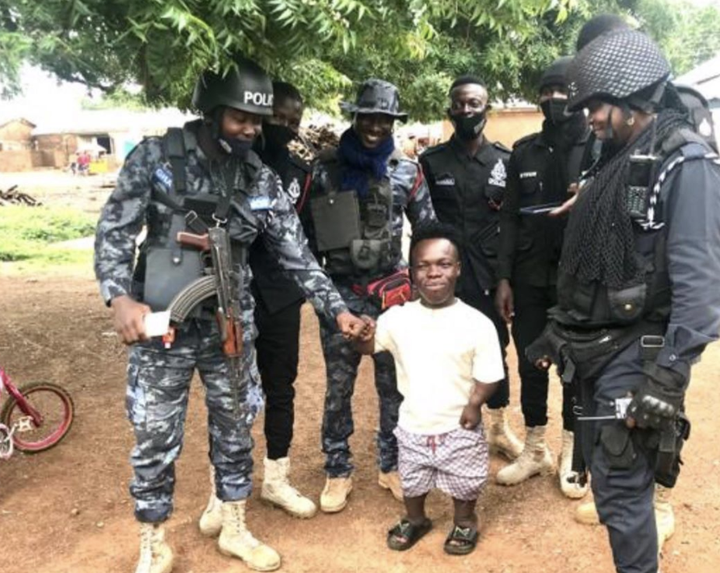