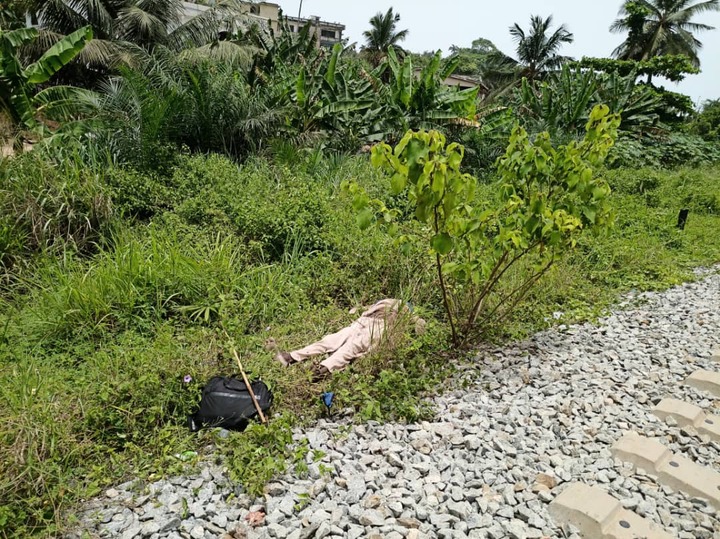 A man in his late sixties has been crashed to death by a speeding train in Takoradi. The incident happened on Monday, March 29, 2021 at Adiembra, a suburb of the Sekondi Takoradi Metropolis in the Western Region.

Reports indicate that the man whose name has been given as Osumanu is a trader who has been staying in the area for some years now.

Due to his age, Osmanu uses walking stick to aide his movement. He was crossing the railway line on Monday morning when the train hit him.

Reports indicates that the old man was unable to cross the railway line on time when the speeding train caught up with him.

His body was cut into pieces and that invited a lot of residents to the scene. Eye witnesses indicates Osmanu hails from Niger but has been trading in Ghana for many years now. 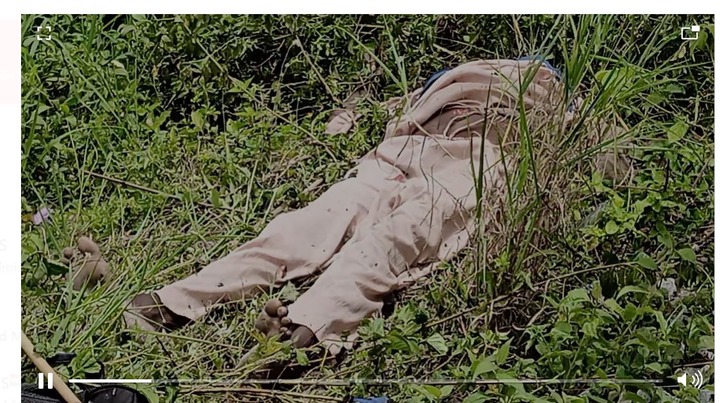 According to them there has since not been any trace of his family, a situation which is worrying the entire residents in the area.

The Police have been at the scene to convey the lifeless body of Osman to the Efiankwanta Regional mortuary. 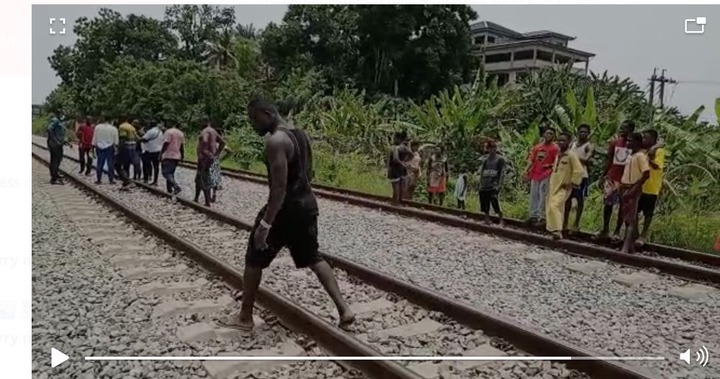 “We took his mobile phone and dialed some numbers on it. All the people we spoke to are from Kasoa. They have assured us to reach to his family in Niger for the necessary arrangements to be made. The body has been dismantled into pieces. The train was moving from Tarkwa to Takoradi when it killed this man. He could not speed up because of his walking stick.” An eye witness narrated.

People living around railway communities must be cautious when crossing the lines. The speeding nature of trains makes it difficult for it to apply brakes at the spot when there is an emergency.

People should also note that it is very difficult to survive a train knockdown.