One fired dead, others harmed in firearm assault at Fanteakwa

By classicgenius (self media writer) | 1 year ago

One individual has been shot dead while three others are truly harmed in a weapon assault on the Miaso to Akanteng street in the Fanteakwa North District of the Eastern Region.

The episode happened Wednesday sunrise at about 4:30 am.

An occupant revealed to Starr News that obscure shooters trapped and started shooting at a truck which was moving cows to Akanteng. 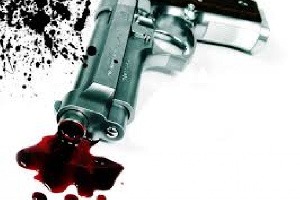 The three injured people have been conceded at the Begoro District Hospital accepting treatment.

The firearm assault has been connected to fight among ranchers and herders in the zone.

The quarrel has prompted a few deadly assaults among herders and ranchers.

The most recent assault accepted to have been focused at the herders may trigger a response assault from the Fulani people group if the security neglect to act quickly.

Head of the Fulani people group Haruna Salifu revealed to Starr News, they speculate a few ranchers conceded bail three days back by Police for killing a steers of herders might be behind the most recent assault.

Content created and supplied by: classicgenius (via Opera News )