They Are Very Young To Plan A Heist: The Ages Of Arrested Armed Robbers Causes Confusion 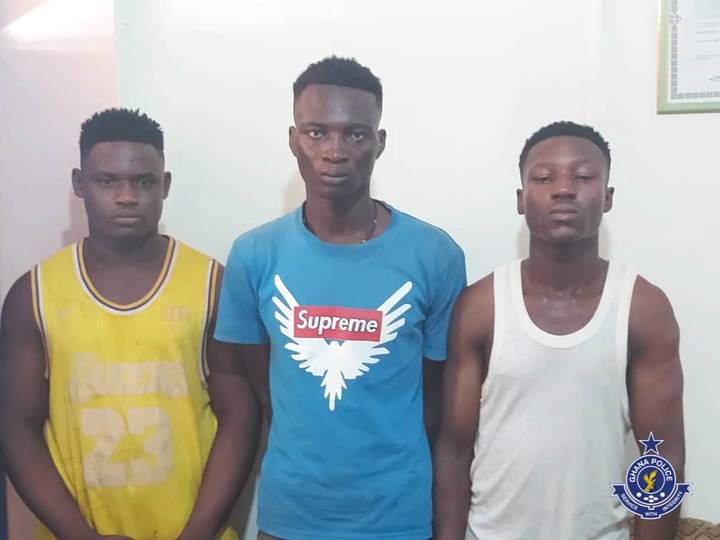 There is a disturbing trend in the country currently. Most of the criminals arrested by the various operations of the Ghana Police Service are considered young people. Their ages make one wonder what at all is happening in the country. Whilst some people believe it is largely due to the high unemployment rate in the country, others have said that most of the current crop of young people in Ghana are lazy.

Some of these young people are heartless to the extent that they are able to kill their victims for mobile phones and money. Is that not wicked? The last time I visited the Sekondi Central Prison, it was realized that most of the inmates were young people.

The police have arrested some suspected armed robbers recently and their ages are mind-blowing. One will be forced to ask why such persons are in a haste to be wealthy at all costs. These suspects were arrested in the Upper East Region of Ghana. The three suspects have been identified as notorious armed robbers terrorizing residents of Tarkwa, Tango, Obuasi, Gbane, and many others.

They have been on the police wanted list for some time but their cup was full and that led to their arrest by the Upper East Region Police Command. They include nineteen-year-old Maxwell Ziaba, twenty-year-old Bodozina Awudu, and Yidaana Shamshudeen who is also twenty-three years old. Their ages are making some Ghanaians doubt if they can plan a successful heist.

Several items used for their robbery activities were retrieved by the police and they are currently in custody assisting investigations. None of the young boys arrested exceed the age of twenty-five and this is a serious issue for the country. At their ages, they have been involved in various crimes as stated by the Ghana Police Service, and in some instances taken the lives of their victims. 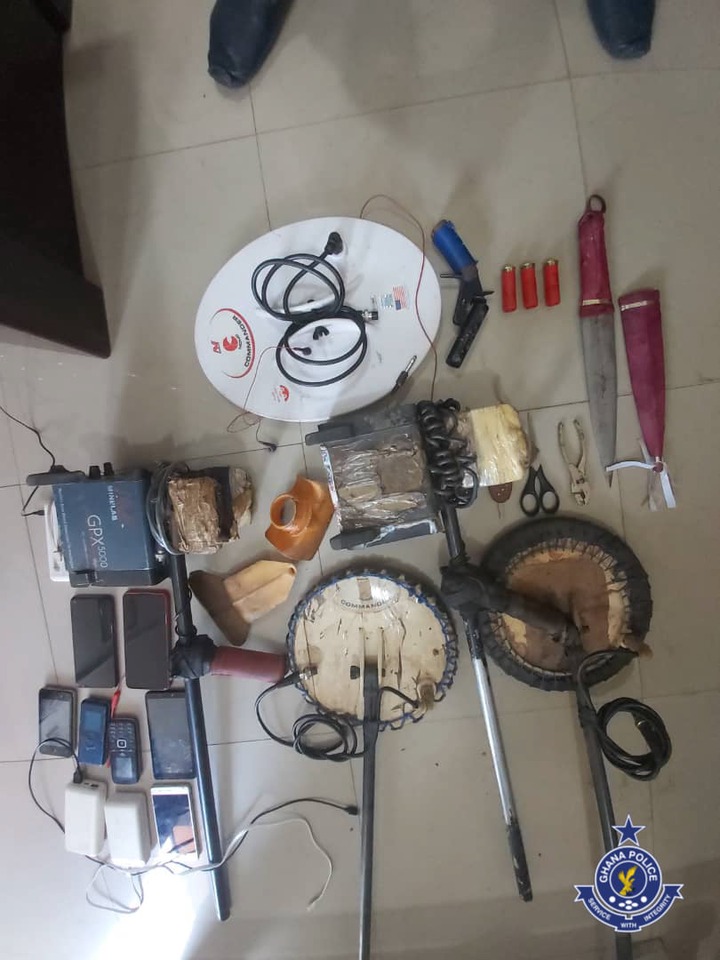 They have as well been able to gather weapons that they use to terrorize their victims. The confusing aspect of the entire matter is when these young boys started practicing armed robbery and how they were trained. There are several of such youth in the country with similar conducts and it is about time the country takes steps about these issues because the future looks bleak.