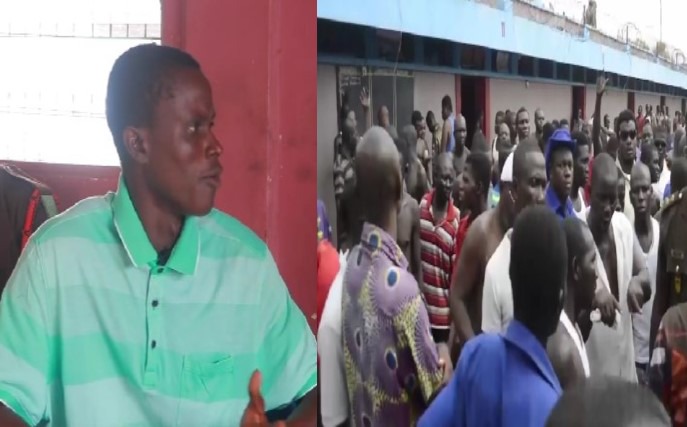 Samuel Boadu, aged 26, has been imprisoned at the Kumasi Central Prisons for defrauding people including cocoa farmers, property owners and many others. His very last criminal activity was with a 41-year-old man at Ejisu Abenase, where they disguised themselves as revenue collectors.

He was unlucky with this and was arrested. According to him, defrauding people became a profession for him when he dropped out of Senior High School. Samuel indicated that the mother who was an educationist had wished he became a respectable person in society by investing in his education.

But the ‘quick money’ enthusiast felt that schooling was a long shot to his greatness. He disclosed that a colleague dropout in Accra introduced him to the fraud business and after a few weeks he master the skill in cyber fraud and other methodologies.

Samuel mentioned that he became perfect that he nailed his victims with ease through phone calls and online conversations. As time went on, he decided to amp his game.

The young fraudster decided to give the cyber fraud a break and rather impersonate certain professions to extort money from unsuspecting people. Samuel mentioned that he became curious about the work of prophets and fetish priests on radio and television, and realized it was a scam but with some enormous potential to make him richer than the cyber fraud.

“There was nothing I couldn’t do. I can disguise myself into a fetish priest, prophet or mallam to extort money from my targets. If I realise for instance a farmer wants to make money through his cocoa farm, I make him my target and ensure I milk him of his cocoa money. One farmer gave out GHC18,000.00 because I promised to make his cocoa farm have a bumper harvest,” he said told Crime Check TV.

Samuel Boadu disclosed he is very smart and preyed on the gullibility of his targets to make money. He mentioned that his scheme became very lucrative and that caused him to overstep his boundaries. He mentioned that his last activity as a revenue collector was motivated by the supposed illegality the Chief of Ejisu was involved in.

He explained that the chief had deployed a task force to collect permit fees at construction sites in the township, and as such he and his ally realised, they could equally make some good money from it. But he was unlucky and was arrested by the assembly taskforce.