By countryghana.com (self media writer) | 6 months ago 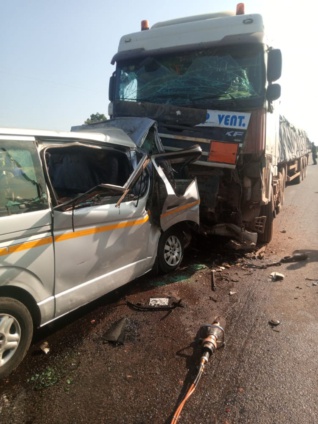 On the Elmina-Komenda junction route in the Central Region, an accident at Eduagyei has claimed the lives of twelve people.

5 females and 7 males are among the deceased. The Cape Coast Teaching Hospital Morgue has received their remains for an autopsy.

The incident resulted in one person being hurt.

Eyewitnesses said that the Toyota Hiace bus was traveling from Takoradi to Kumasi while the DAF trailer, which was hauling sacks of cement, was headed in the opposite direction. 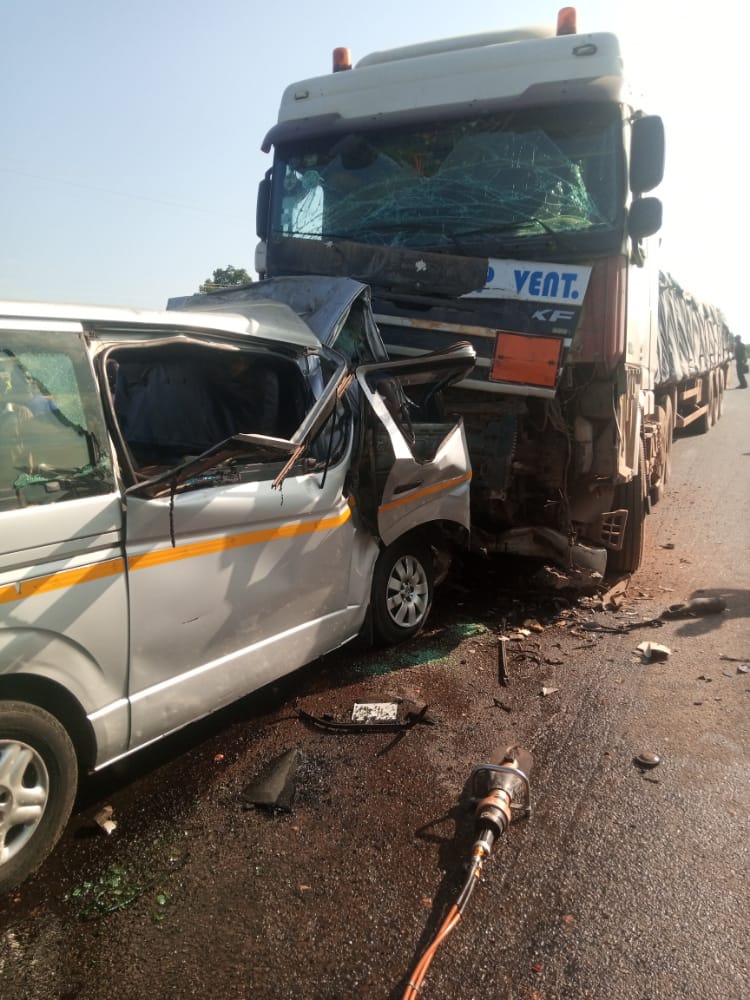 According to the allegations, smoke from a burning bush caused the trailer to pass a vehicle in front of it in a low-visibility location and as a result, crash into the Toyota Hiace bus. 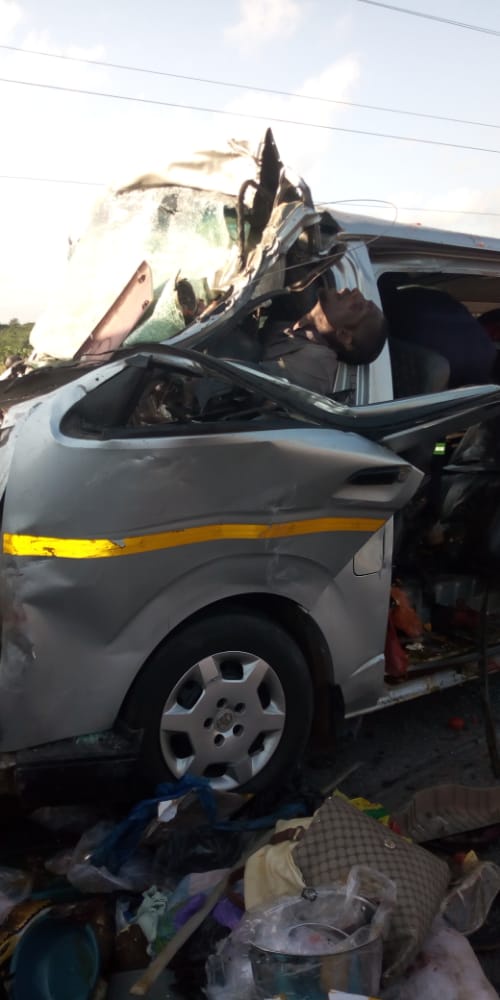 The Ghana National Fire Service reports that they received the distress call at 15:50hrs from a Police officer and their rescue team was quickly dispatched to the scene from the Elmina Fire Station. 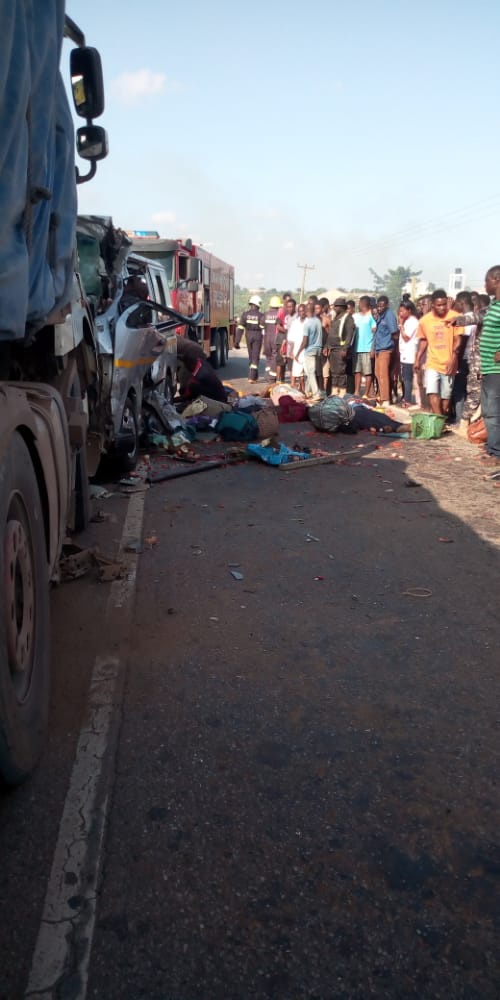 In order to look for survivors, the Fire Service team extricated the victims.

They said that they only discovered one living person. The DAF truck's driver's whereabouts are still unknown at this time.

Content created and supplied by: countryghana.com (via Opera News )