Teacher, 36, riots in jail as his father is laid to rest in loneliness

Opanin Samuel Afari would have been blessed with a befitting burial if his only child, Samuel Afari Jr. was allowed to bury him as every father would have wished for, but life circumstances made it impossible for the 71-year-old man to have his son burying him. Not only was his funeral boring, but was sad too as the ambulance carried his body from the Kwaman Hospital Mortuary in Bomfa and wailed in emptiness from the mortuary to the Oyoko family house in Bomfa. 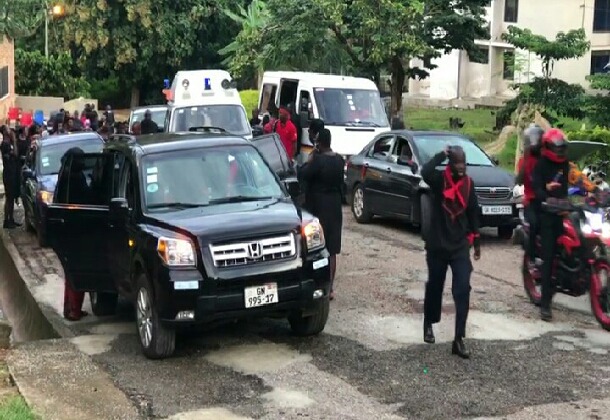 What a sad departure, the ambulance driver; Cephas Aboagyi echoed from his driver's seat of the ambulance as he carried the body without a child of the late man. In tradition, particularly the Akan way of burials, a deceased man's son, or woman's son is made to accompany the body from the mortuary to the family house as a sign of dignity to the dead; signifying a life well-lived.

Cephas would have driven the body from the mortuary with a son of the late Opanin Samuel Afari but was meant to drive the ambulance without the son after he was briefed about the circumstances surrounding the man's death. It's sad, Cephas kept saying even on Saturday afternoon, when he drove the body for the last time to the Bomfa cemetery. 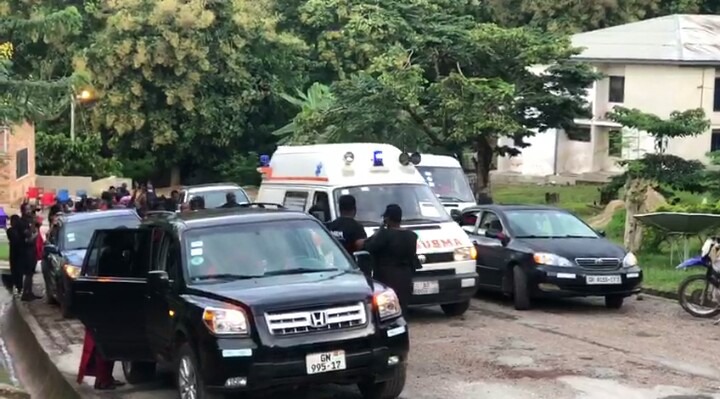 The deceased father would have loved it, but jail and prison made it impossible for his only son to be present at his burial as he riots in the heavily modified security building of Kumasi prisons. Samuel Afari Jr. the son of the late Opanin Samuel Afari, had used a blow from his fat fingers to strike a 40-year-old farmer to death after the man blamed his father for robbing him of his earnings.

Samuel Afari Jr., a teacher with Bomfa Catholic Primary School, was in class teaching on 24 March when a call came to his phone of his father been beaten by his worker. The late Opanin Samuel Afari had sought the services of Yayah Idrisu to cultivate his farm for him and in return, he will give him some of the yields. Yayah was rumoured to have been stealing some of the cocoa seedlings anytime he brought the harvest of the cocoa to the man for inspections. 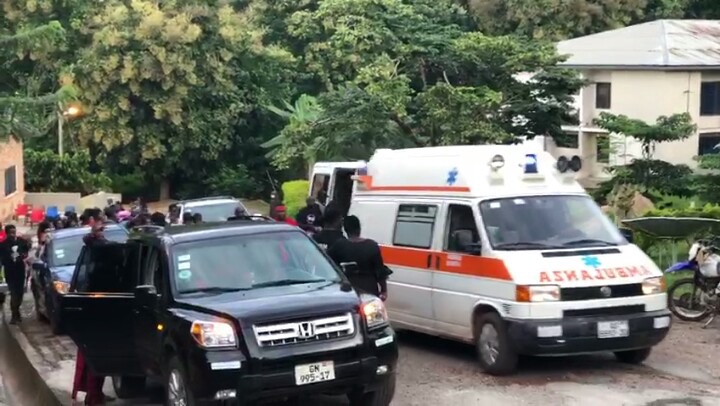 Teacher Samuel Afari Jr. was called to come home from school when the tension grew from friendly to life-threatening. Samuel Afari Jr when he got to the house, found Yayah tapping his fathers bald head after eyewitnesses were taking the man away from Yayah. Samuel Afari Jr. seeing what Yayah was doing to his father, heaped a heavy blow from his fat fist, and turn Yayah around and gave him one heavy blow on his jaws.

Yayah moved ten feet from where he was standing and fell to the ground and died on spot. The blow, just one blow from Samuel Afari Jr., took Yayah to death. Teacher Sammy was arrested on the same day and was made to stand trials at the Ejisu magistrate court. After long trials, he was found guilty of murder and sentenced to eighteen years in prison on 26 August. 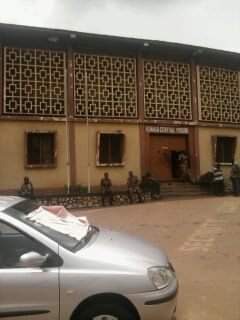 Opanin Samuel Afari collapsed when he found out his son has been sentenced to jail. He died on 29 August at Kwaman Hospital in Bomfa. He was buried yesterday afternoon as his son Teacher Samuel Afari Jr. riots in jail for the murder of Yayah Idrisu.