Two dead and 30 injured in a gory accident near kintampo

By ElohaiBusiness (self media writer) | 1 year ago

Two persons; a woman and a toddler, have lost their lives in a fatal accident at Suronuase, a village near Kintampo in the Bono East Region of Ghana.

The woman, who happens to be one of the deceased whose identity still remains anonymous died on the spot whilst the toddler was announced dead at the Kintampo Municipal Hospital.

According to reports, about five (5) of the severely injured passengers were referred to the Holy Family Hospital at Techiman while the others recieved treatment at the Kintampo Municipal Hospital. 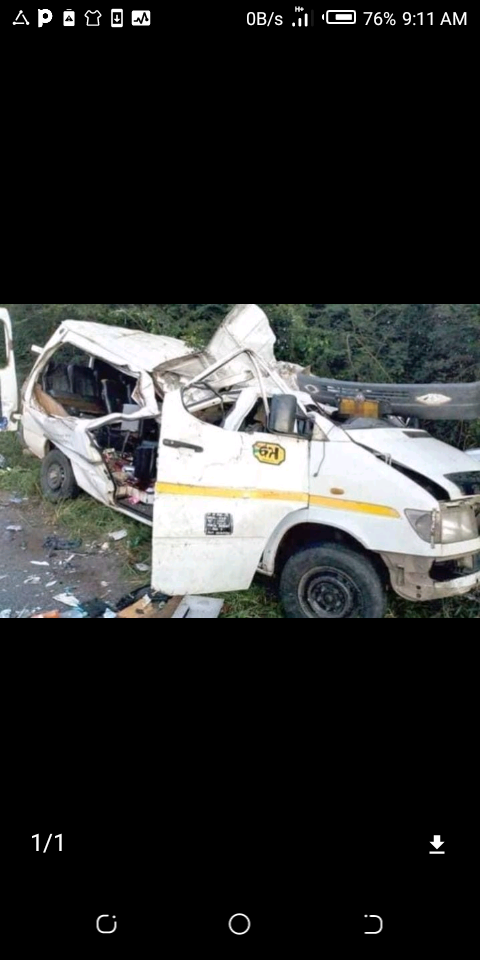 These tragedic accident occured when a Mercedes Benz Sprinter which was heading from Bolgatanga in the Upper East Region to Sunyani suddenly collided with a Massey Ferguson tractor .

According to an eye witness, the Massey Ferguson tractor which was ahead of the Mercedes Benz Sprinter had a sudden tyre burst.

This suicidal situation caused the driver if the tractor to loose control and crossed the Sprinter.

The driver if the sprinter bus also tried to save the situation by dodging the tractor but couldn't succeed due to its tough speed.

The sprinter bus veered of its lane and crushed with a very big mahogany tree along the road causing this this tragedic accident which has claimed the lives of two persons.

I would advice all road users to respect traffic rules and also maintain their cars very well before trying to use the road.

Please follow this channel to get updated on credible news. Thank you!