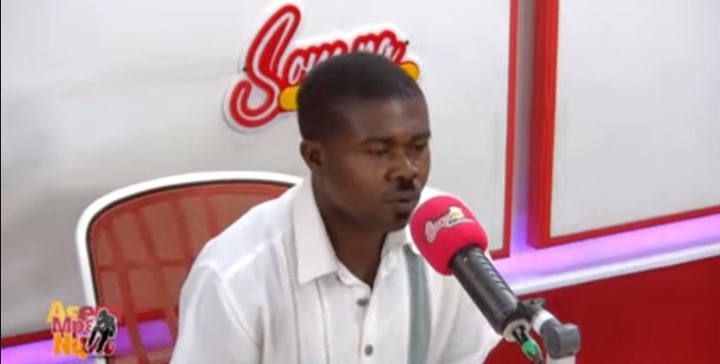 A man called Kwabena Boakye was staying with his beloved wife named Akua Duffie and their four children. Unfortunately, his wife fell sick after she gave to their last child, he sent her to the hospital for treatment and again seek help from their pastor till she became well again. Two years later his wife got a mental illness and was sent to the psychiatric hospital for treatment.

Kwabena states that he informed his mother-in-law about his wife's condition but she didn't come to visit them till three months later. After Duffie was discharged from the hospital he went for herbal medicine which she used to bathe but his mother-in-law poured the medicine away when he was not in the house. The following day, his mother-in-law told him that she wants to send her daughter to another place but he didn't allow her to send his wife.

Fortunately, a man staying in their neighbourhood devoted himself to help cure his wife mental illness but he told him that unless he asked permission from the mother-in-law before he can cure the woman. When his wife started her treatment, the mother-in-law brought some things for Dufie to use, the man warned them not to use those things but send them to the children's home. Kwabena claims his mother-in-law got upset and insulted them for not using those things.

The worst part is that the mother-in-law is now asking him to give her back her daughter so that she can stay with her and find a solution to her illnesses. According to Dufie's mother, her daughter has been staying peacefully with her husband for a long time but her son-in-law didn't tell her anything when her daughter got the mental illness. She has decided to send her daughter to different pastors for help but Kwabena doesn't want to allow her to take care of her daughter.