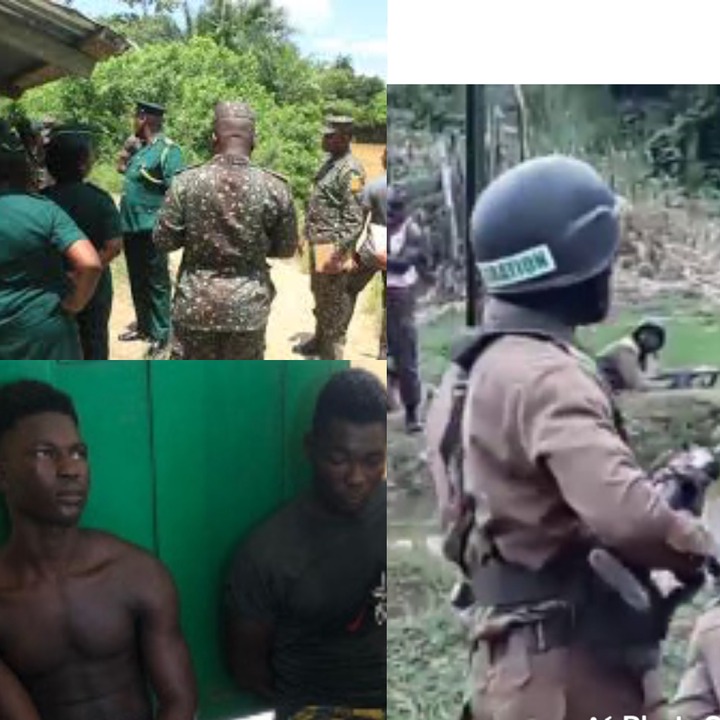 The two reportedly confirmed to the Dadieso Immigration command that, they learnt the art of armed robbery from one Abu who teaches robbery skills in Sunyani. " It's more or less like an armed Robbery School. They learn all the bad things and come out with the sole aim of crime" The Immigration boss said on Angel TV news.

He added that, As part of their ( robbers) confirmation as hardened graduated robbers, the two armed robbers were assigned to the Western North region.

They were allegedly supposed to snatch motor bikes and torment residents. Their cup became full when they robbed a motor rider at gun point on the Suaboi-Nkyenseekokoo high way.

They hired the motor rider to take them to Nkyenseekokoo. In the middle of the road, they pulled a gun and took the bike. The victim quickly rushed to the immigration Patrol Team check point to report the case.

Few minutes later, the two robbers appeared with the bike trying to cross the boarder. The immigration Patrol team arrested them, stripped them naked and conveyed them to the appropriate Authorities ( Police).

Effort is been made to locate their boss who teaches armed Robbery in Sunyani.