Rebecca Essuman, the mother of the One-year-old Kelvin Ross Essuman, had strapped Kelvin in his baby seat at the back seat of her car when a tree adjacent to their house fell on the car causing the death of Kelvin this morning. Kelvin, 1, was rushed to the Kwabeng hospital but was referred to the Koforidua Regional Hospital and died while en route to the hospital. The cause of death hasn't been public yet, but the father of Kelvin Ross Essuman, Larry Afful Essuman, has caused the arrest of five men believed to have orchestrated the plot that killed his son. 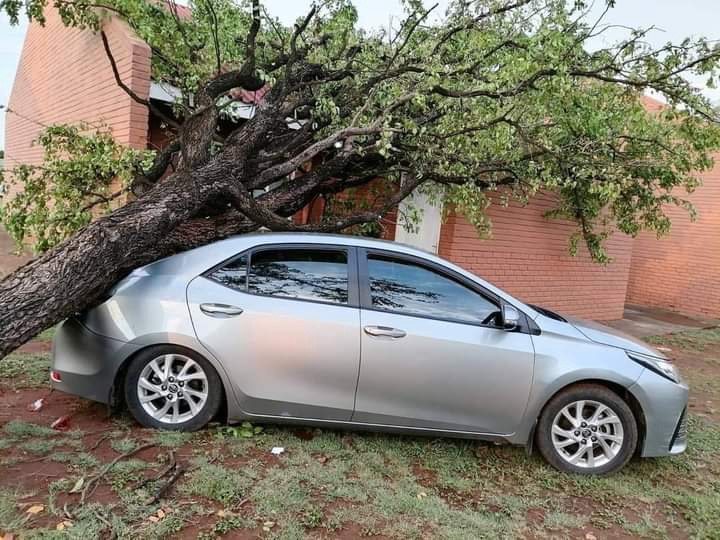 Charles Asamoah, Fii Banmelt, Akwesi Yeboah, John Opoku and Emmanuel Oppong has been arrested by the Kwabeng police with the support of Larry Essuman. The five, which were all arrested in their homes this morning, are been accused of causing the death of Kelvin Ross Essuman. 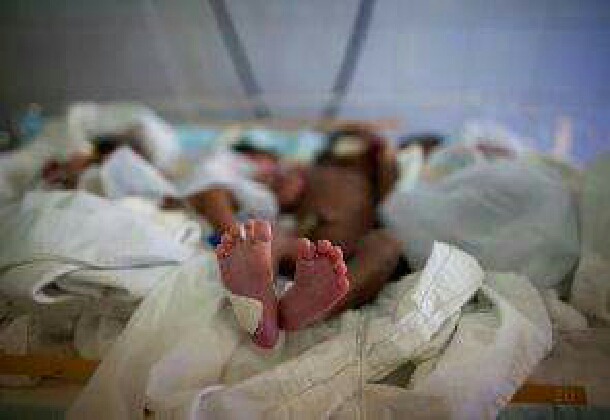 Charles Asamoah, the neighbour of Larry, had anticipated a gold to be under the tree when he kept having awkward dreams about his late mother instructing him to uproot the tree. Charles on 17 July 2021 went to see his friend John Opoku, and after careful planning, they agreed to hire the services of other three men to check whether his dreams of gold being under the tree was true or not.

The tree which shares a boundary between two plots; Larry's house and Charles' house, was planned to fall on 19 July after the roots holding the tree were almost destroyed by the five men, but Larry used the police to stop Charles and his four friends from felling down the tree on the excuse that, the tree was on his hand and his land title documents proved it to be so. Charles had disputed the argument Larry had raised in obstructing them from felling down the tree and the police concluded on 24 July that, only the court or the Kwabeng traditional home could settle the matter and until any of the two institutions settled the case, no one had the authority to fell the tree. The agreement which was adhered to by Charles and Larry on the 24 July, ended on the wrong side of Charles's ears and has since been doing underground works when the Essuman's are asleep or at work to fell the tree because of his dreamt mineral beneath the tree, eye witness hinted to Larry on 19 September. Larry after taking evidence of the daily movement of the tree, warned Charles to desist from illegally felling the tree at his blind spot but Charles still didn't listen and kept doing underground works when Larry wasn't home.

Rebecca, the wife of Larry Essuman, was about to move to work with her one-year-old baby when the tree fell on her car crashing the backside of the car. Kelvin, strapped in his seat in the backseat felt the attack heavily when the tree fell on the car leading to his death. The five arrestees; Charles Asamoah, Fii Banmelt, Akwesi Yeboah, John Opoku and Emmanuel Oppong have been charged with aiding the death of Kelvin Ross Essuman with Charles Assmoah facing second charges of felling down a tree without a permit. All five will possibly be arraigned before the court to face their crimes on Friday as police continues their inquiries into the accident. 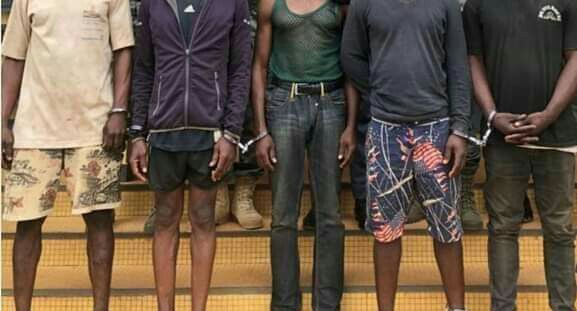