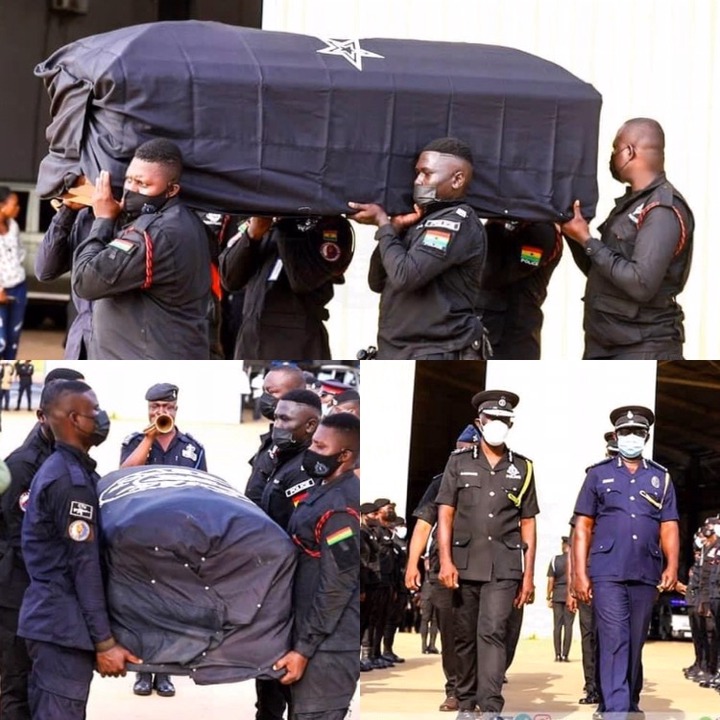 The recent circulating and heartbreaking news that has sparked massive stir, debates and arguments across all social media platforms is that of the two anti-robbery officers who lost their lives for attending to an armed robbery incident at Walewale in the Northern region of Ghana.

The Inspector General of Ghana police, De George Akufo Dampare has undoubtedly witnessed lots of bad news since his appointment by the incumbent President, Nana Akufo Addo considering the number of police officers he has lost to untimely deaths over the past couple of months.

However, the remains of the two anti-robbery officers who lost their respective lives in the fatal accident along the Walewale- Bolgatanga road were recently airlifted to Accra for further burial and final funeral rites.

In addition to this, the special ceremony and police parade were also held at the Tamale Airport in the presence of the Inspector General of Ghana Police, Dr George Akufo Dampare and other senior officers before the bodies were transported to Accra.

Aside the bodies of the two anti-robbery officers that were transferred from Tamale, three other injured officers have also been airlifted to Accra for further medical treatment.

However, one of the most unexpected photos that popped up was the coffins containing the bodies of Dampare’s anti-robbery officers.

From the photo below, we can notice that, the coffins containing the bodies of the anti-robbery officers were covered in black cloth with police inscription on them as a sign of respect for the efforts of the deceased officers.

The six police officers carrying the black’ coffins could also be seen lowering their bodies in other fur the Inspector General of Police, Dr George Akufo Dampare and other senior officers pay their last respect to the brave officers who lost their respective lives whilst attending to an active armed robbery scene.

Below is a look at some photos of the black coffins containing the bodies of the anti-robbery officers that has caused massive reactions online. 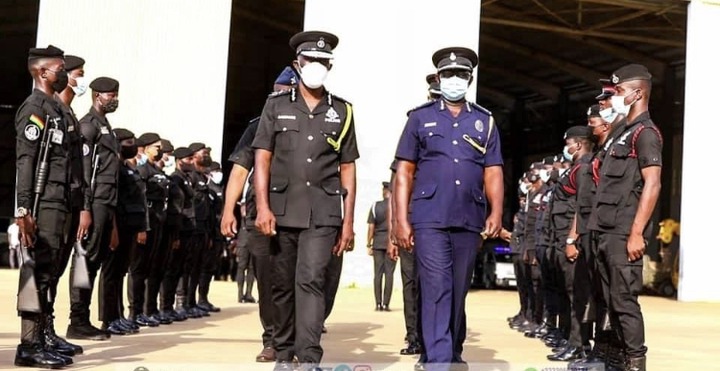 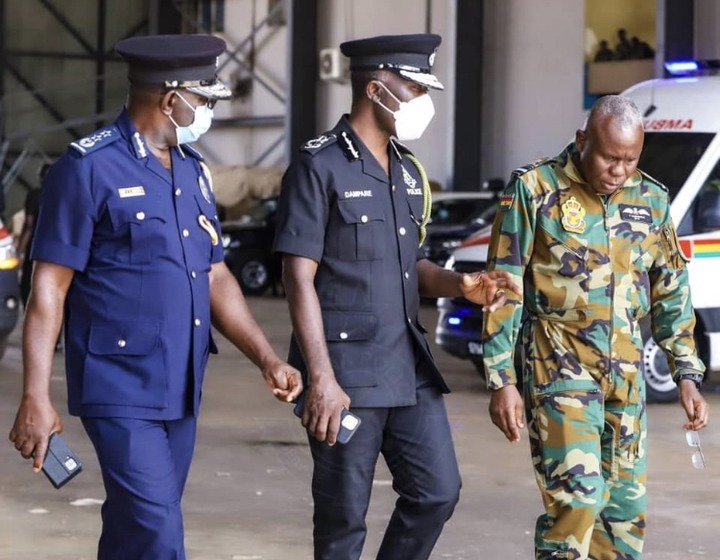 I wish the three officers currently receiving intense medical care a speedy recovery. May the souls of the two anti-robbers officers rest in perfect peace and all my condolences goes to the entire bereaved family and loved ones.

Do you think that, the salaries of police Officers who handle riskier cases should be increased alongside other incentives as claimed by most Ghanaians even though others claim otherwise?

“I Expose My Bortos Because It’s Beautiful And I Don’t Want My Fans To Forget It”-A. Schwaznegger.