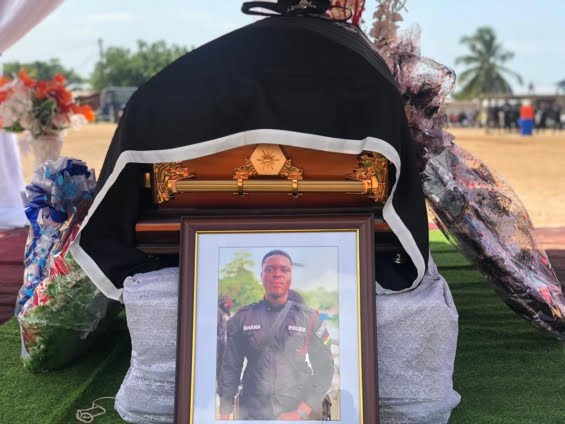 Constable General, Emmanuel Kobby Osei who lost his life through a robbery attack, at James Town has finally been laid to rest. He was gruesomely murdered during a robbery attack on a bullion van. His passing according to some Ghanaian's is an eye opener to the Ghanaian police service, this is because after his death the police service decided to embark on a mission to track down armed men. The sad passing of Now, Late Lance Corporal Emmanuel Kobby Osei has been a big blow to the Ghanaian police service. As we stand now, it seems that the police service has not fulfilled their promise on gaining justice, for the late police officer. 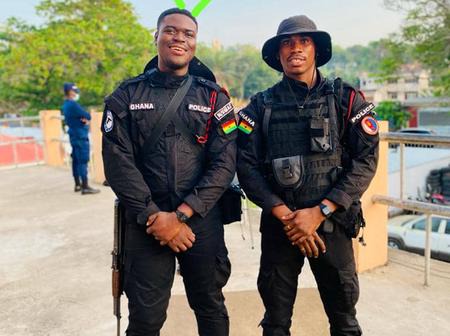 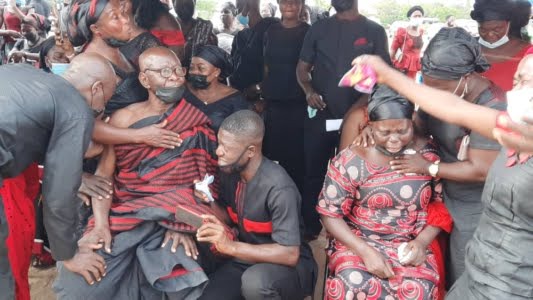 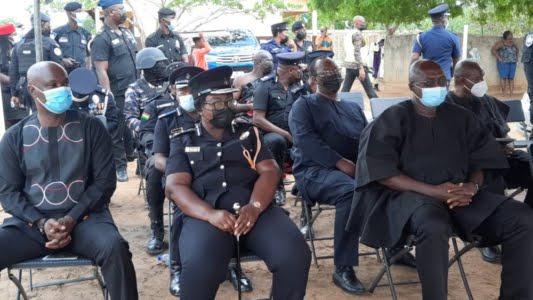 At his funeral, Mr. Ambrose Dery revealed to Ghanaian's that the late Constable General Emmanuel Kobby Osei has now been promoted to Lance Corporal. This announcement was made today, at his funeral which took place at Nyanyano Kakraba School Park in the Gomoa East District of the Central Region. The family of the late police officer, were in tears as the corpse of their beloved son arrived at the funeral grounds. Late Lance Corporal Emmanuel Kobby Osei, was killed together with a woman who was said to be a witness to the incident. 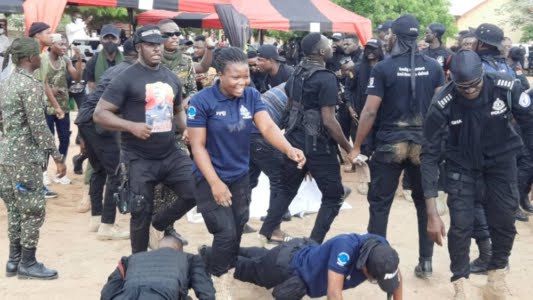 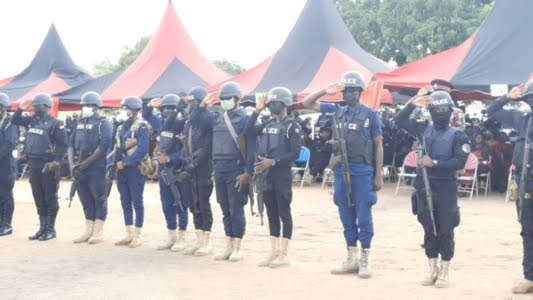 After the incident the Ghanaian police service has promised to put precautions in place that this doesn't happen again, also the police chief promised his family and other affected families justice for the late Lance Corporal Emmanuel Kobby Osei. Above are some photos from the funeral of Late Lance Corporal Emmanuel Kobby Osei which could change your appetite.