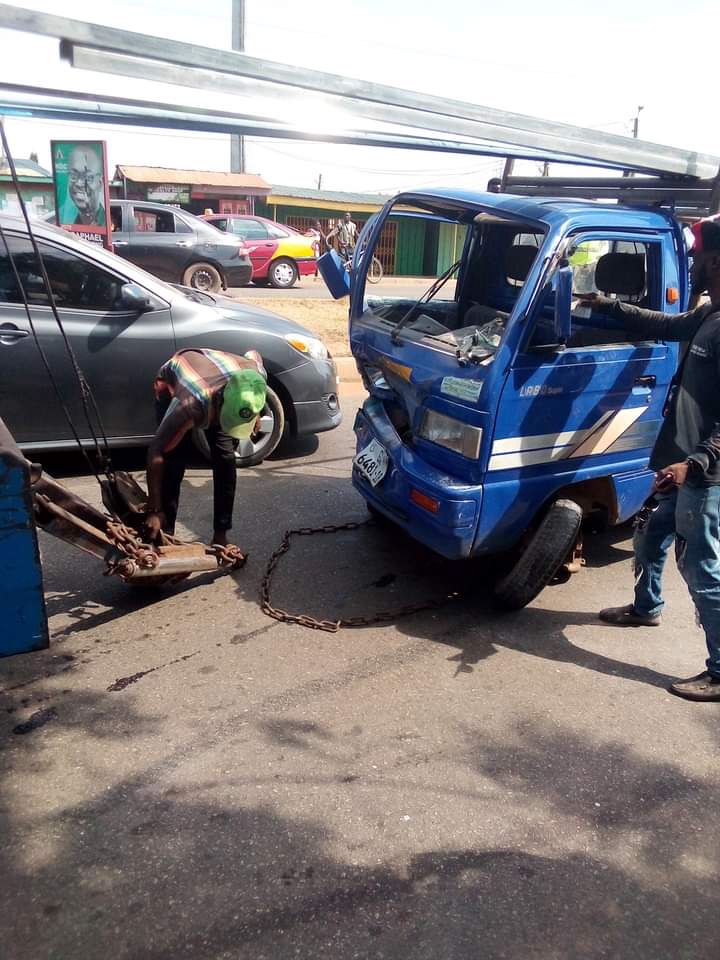 An elder with the Pentecost Church, Achimota branch, has been involved in a fatal accident on the Lashibi road, just in front of the Access Bank building. The elder who was meeting the driver of the Mercedes-Benz was about to convey a message to the driver when the mini-truck drove through them within a second. Elder Asamoah Antwi who was identified by the driver of the Mercedes has been taken to the Korle Bu teaching hospital for emergency care whiles other victims were taken to the Ridge hospital. The elder if care is not taken, might lose all his two legs, looking at the magnitude of the accident before he was taken to the hospital.

The driver of the Mercedes Benz with registration number GC-8686-21 was driving from Lashibi to Circle when a mini Nissan truck suddenly drove through it in front the Access Bank building. The driver who was identified as Nii Armah was parked on the pedestrian road of the highway discussing some issues with Elder Asamoah Antwi when the accident happened.

Nii Armah was to deliver some items to the Elder which were needed for a church program tomorrow morning and was doing so when he heard a loud sound from someone. The loud sound was a warming about a car without breaks, but Nii Armah didn't know what was happening until the mini truck crashed into them. The mini truck which was carrying heavy metals was driving to Lashibi when he suddenly lost his breaks.

According to the driver of the mini-truck, the truck was working fine and they even made a stop at Circle to load some building materials into the truck, and it was the same truck they were following traffic with, so if the problem of faulty breaks was known to him earlier, he would have known it, but it all came as a sudden surprise to him. The mini-truck was descending the small slope which passes in front of the Access Bank building when the breaks stopped responding.

The driver tried whatever he could but the breaks were still not responding. All the mini-truck driver could do was to crash into the Mercedes which was parked, so he could avoid a fatal accident, but unfortunately caused a bigger accident than he thought. The driver of the Mercedes who was sitting in the car received no injuries, but elder Asamoah who was standing in front of the parked Mercedes was hit severely. The driver and the two passengers in the mini-truck sustained minor injuries and were all at the Ridge hospital receiving treatment, while elder Asamoah was taken to Korle Bu Teaching Hospital. 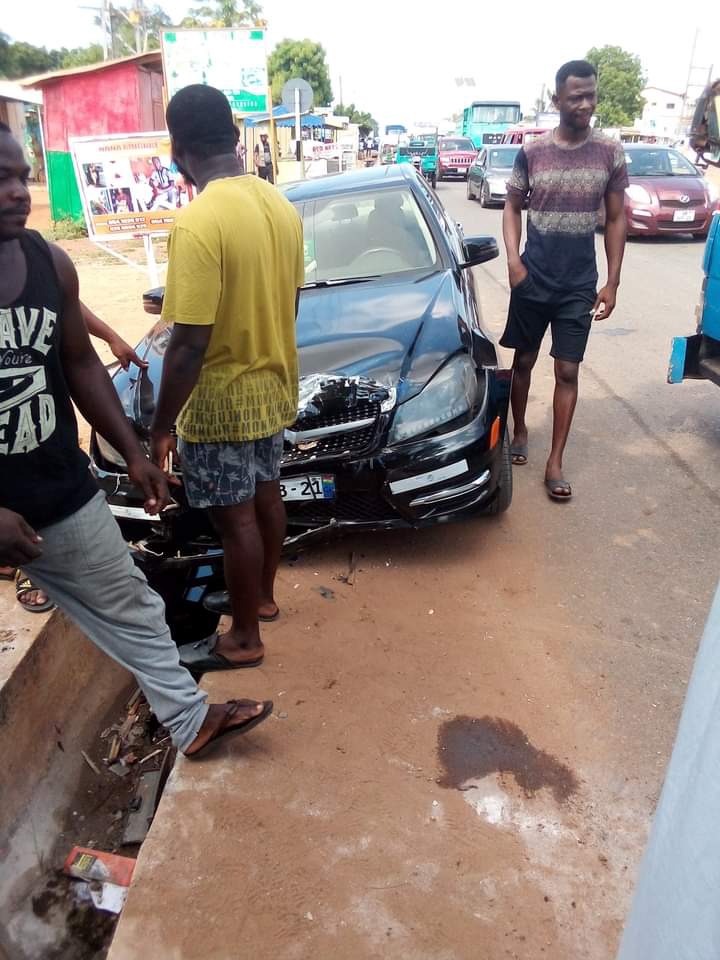 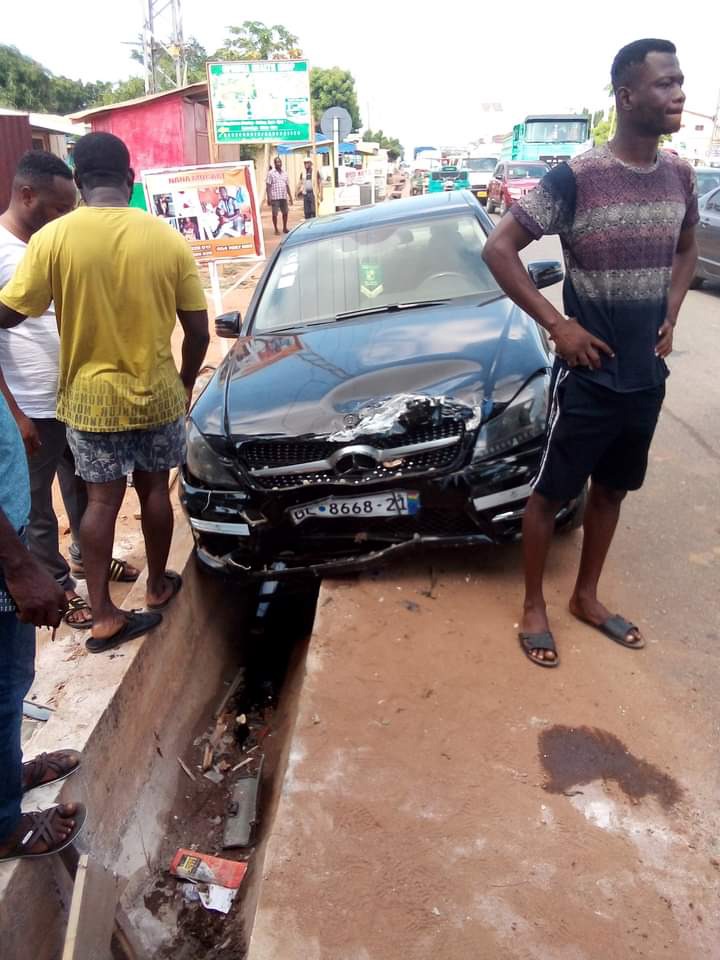