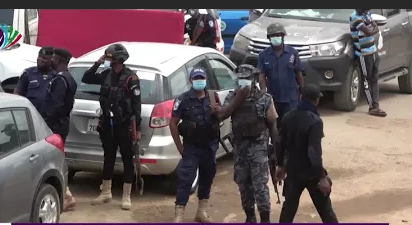 The Accra Regional Police Command has cautioned and advised all armed robbery victims to officially report all incidents of armed robbery to the nearest police station for immediate response and prosecution and not on social media.

The Public Relations Officer of the Ghana Police Service, DSP Effia Tenge, told Citi News that complaints lodged by the victims are especially important because it will assist the police in their pursuit and prosecution of these armed robbers.

This public information comes after many armed robbery incidents were recorded at the Legon-GIMPA stretch over the week. According to the police, instead of the victims and eyewitnesses lodging complaints at the police station, they chose to put it on so social media.

Some of them attempted to rob an occupant of a car right on the road in broad daylight while on a motorcycle. Eyewitnesses said that the suspect threw stones which broke the windscreen of the car while he sat on his motorcycle.

However, the incident was not formally reported to the police. The police are calling on citizens to formally lodge complains to the nearest police station for action to be taken.