Operators of tricycles popularly known as pragia, have convened a meeting in Cape Coast to counter restrictions imposed on their activities by the Metropolitan Assembly. Hundreds of these operators storm the jubilee grounds in Cape Coast to discuss a roadmap to a series of actions they would take in the coming weeks.

In their numbers at the convening ground, you could hear the chants and anger some operators have about the decision by the assembly to disrupt their business. For many of them, the imposition of the restrictions would bring about undesired consequences in their lives.

Many are those who have taken bank loans and other credit facilities in procuring these locomotives. Others who are mainly riders would be weaned from their mains source of income that supports their livelihood, as well as other dependents. 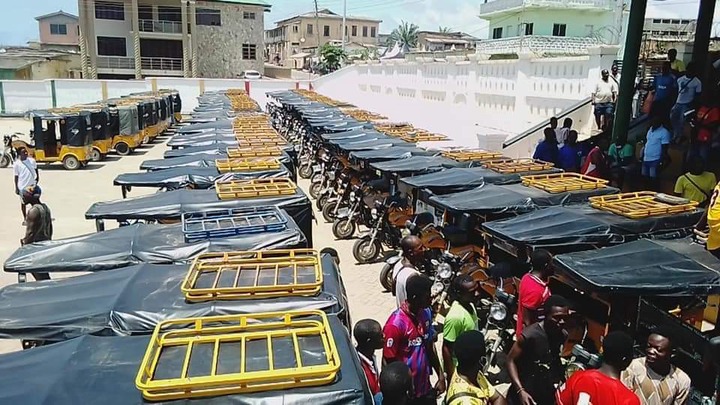 It is a serious social and economic issue for these riders and the metropolitan assembly as well, and should there not be any compromises it might end up in a demonstration. Another interesting group that joined today’s meeting were those that assemble these tricycles.

Considering their business is hinged on the continuity and successes of these transport operators, they joined in to reshape discussions on how the restriction imposed on them could be ‘overpowered’. The major issue at stake is that all these operators are in the youth category who have remained unemployed for ages. 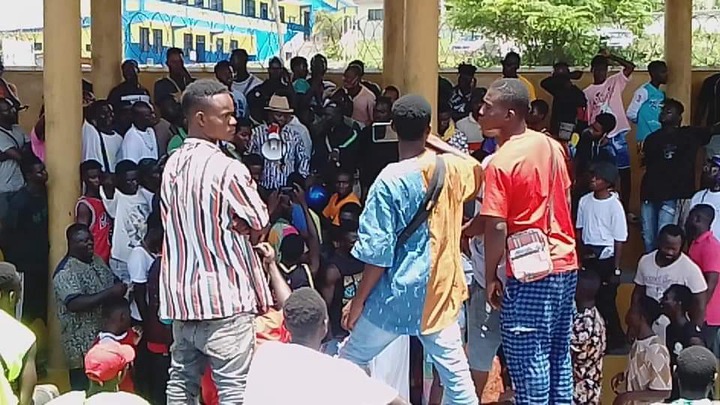 The pragia business has been a major relief to them, and this is the reason they will go all out to resist the assembly’s directive. In Cape Coast, the narrowed link roads have made it more convenient to use pragia to commute distances and transport cargo.

It has been very efficient in the densely populated areas of Cape Coast Central market, Kotokoraba, Abura and other neighbouring areas. According to the pragia operators, a series of meetings will be held in the month as they make attempts to dialogue with city authorities on the implications of the restrictions.

It is said the Cape Coast Metropolitan Assembly wants to ban the use of tricycles as passenger vehicles in the city. This directive has been witnessed in other cities as Accra, Tema and Takoradi. While the cities have ‘allowed’ [to an extent] commercial motorcycle transportation in these areas such as Accra and Tamale, and the northern regions, Cape coast and other towns in the southern part of Ghana are yet to witness such operations.