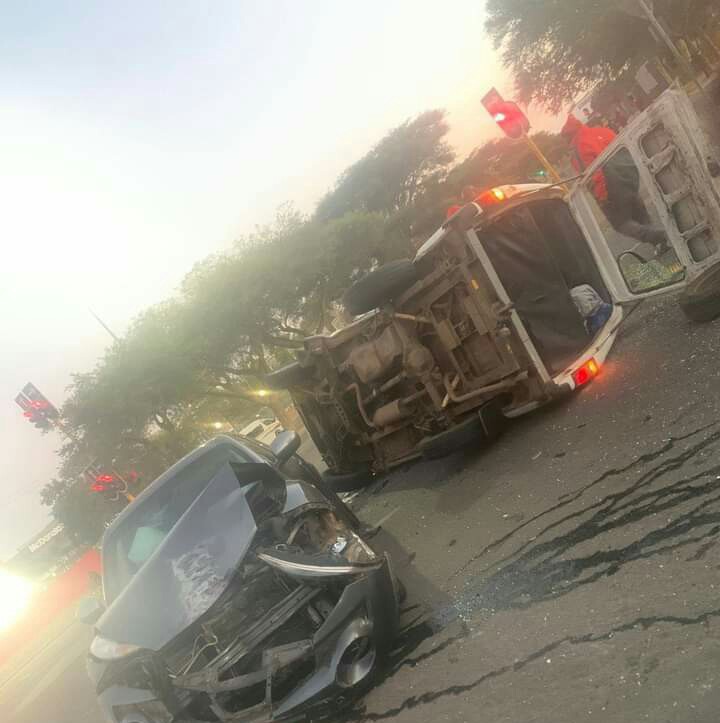 Five people are in critical situations fighting for their lives this morning, as a Nissan hatchback driver lost full control of his brakes early at Doampoase. Dompoase is among the several community towns scattered around Kumasi. It is a town located in the northeastern part of Kumasi with approximately half an hour drive without traffic and over an hour journey with traffic. It is known for its vocational and technical institutions which houses a secondary schooling in addition. Before the eighties, king's and elders of Ashanti met to discuss the future of their people in attaining the relevant skills for their future careers, and it was at that meeting that gave birth to the selection of Dompoase as the hub centre to train and educate students in vocational and technical training. The schools were started with royals as teachers and that gave the town the recognition it needed because of the royal heritage of their vocational and technical schools.

At almost four in the morning was when two cars crashed causing the death of one person at the Dompoase Beauty and Hair Vocational School Junction. The Nissan hatchback which caused the accident was heading to Kumasi after visiting a patient. Dr Mensa is a health worker at one of the health institutions in Kumasi, and a friend to his long time classmates Aisha. Aisha who is a married woman has been facing problems after she was discharged from the hospital one month ago. Dr Mensa got a distress call from Aisha's husband of her blood pressure rising and she been not able to breathe properly. The doctor who cares most about his patient rose from his sleep and drove from Kumasi to Dompoase before the family was able to get Aisha to the hospital.

Dr Mensa was driving from the Dompoase clinic when he lost count of his breaks. On his way to get Aisha to the clinic after checking on her, he hit a huge rock which was on the road leading to Aisha's house, and that might be the only cause for failures of his breaks. The doctor stopped to check the beneath of his hatchback Nissan car he was driving after he finished examining his patient, but never did he saw any collateral damage beneath the car and drove off. The hit on the rock when going to Aisha's house could not be seen by the doctor but it had affected the brakes of his car without him knowing.

From the clinic where the doctor trusted Aisha's care into the nurses after taking care of her medically, was when he got into an accident. Few miles to the Dompoase Beauty and Hair Vocational school, branching from the junction onto the Kumasi highway was when the doctor felt the brakes were not working. Traffic was red and he was to stop for the cars on the Kumasi highway to go but the brakes were not responding. He started sounding his horns so the cars on the main road could know of his condition but nobody took him seriously as others were rushing to beat the traffic.

Dr Mensa had no option than to branch and save himself from causing an accident, but a trotro minibus which was going to the Dompoase main station with six people in it crashed into the hatchback and rolled over on its backside. The trotro was on its green light and had no problem, but they could have determined the hatchback was in distress after the doctor sounded his horns continuously. The hatchback trashed the middle of the trotro minibus and one person who was sitting at the back of the driver lost her life before they were able to get her to the hospital. Dr Mensa was able to save the other five people when he got out of his car and gave them first aid before ambulances came to help them. Police are responding to traffic while towing machines are on their way to tow both cars out of harm's way. 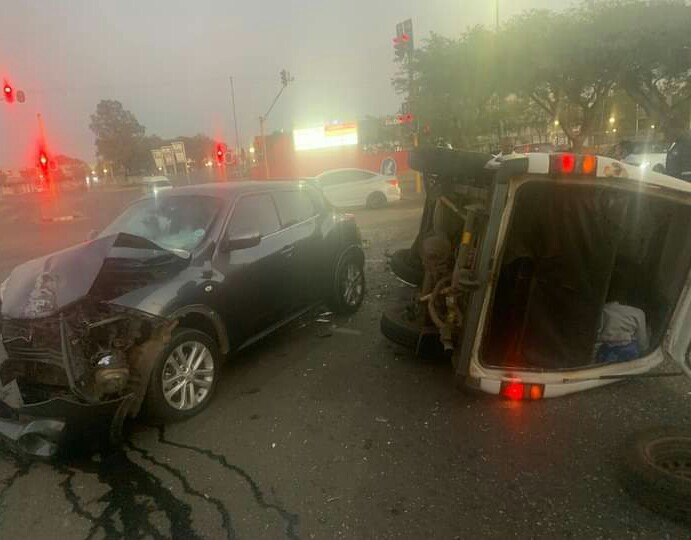 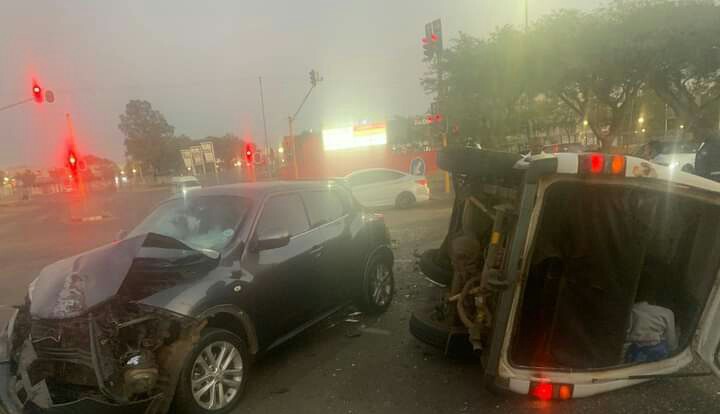 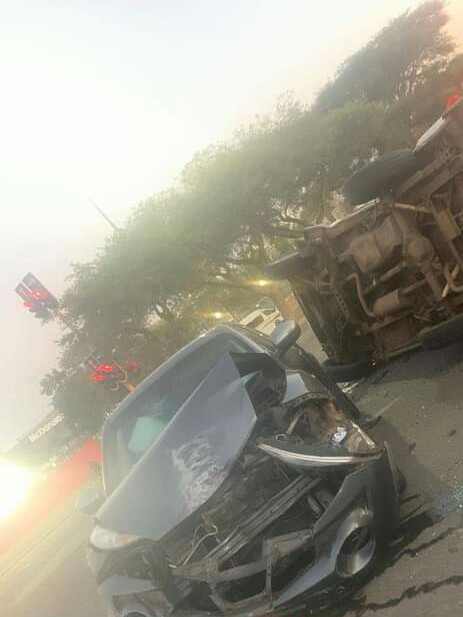