By David (self media writer) | 1 year ago

A man named Benjamin was beaten just because he bought a club beer and he did not pay the money. According to the reporter, Benjamin was a friendly random guy until one of his friends sent him to Benin to try to use him for money rituals, which did not work. Due to that, he behaves like an abnormal person.

However, he went to a drinking spot in his area in the evening. When he got there, he requested a club beer, which the sales girl over there gave him. When he finished drinking it, the girl went to ask for her money, but Benjamin refused to pay, and he put his hand in his pocket like he was about to bring money from his pocket, but he never brought anything out and later told the girl that he did not have money to pay for the drink he bought. 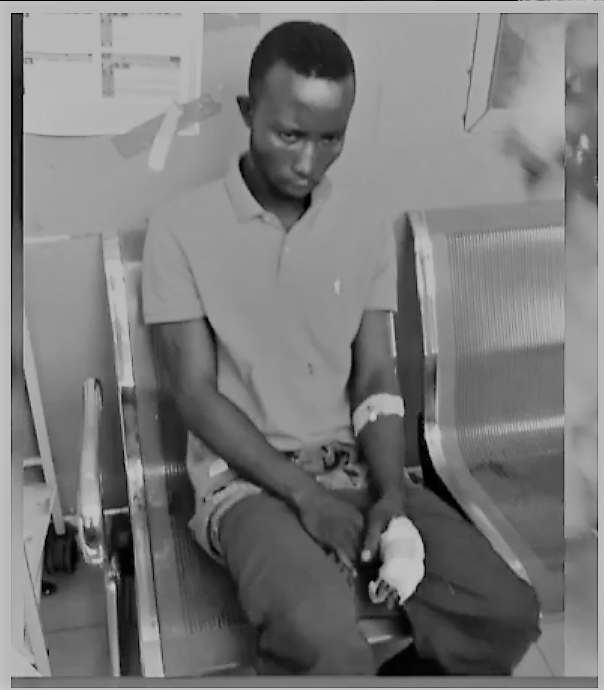 The sales girl told him to wait, she was coming, not knowing she was going to report to the boss of the drinking spot. After she complained to the boss, who came to the drinking spot and saw him sitting over there and asked him where his money was, to which Benjamin replied that he did not have any money. This bust the boss into anger, and the boss quickly went for a big knife and started beating Benjamin with the knife. While the boss was using the knife on him, the sales girl was also using a long stick on him. When they were beating him, a man came in, and he recognized Benjamin, so he asked what the problem was. They explained it to him, and the man told them to stop. Benjamin's mother stays a few metres away, so they should send him to the house and take the money rather than to beat him. 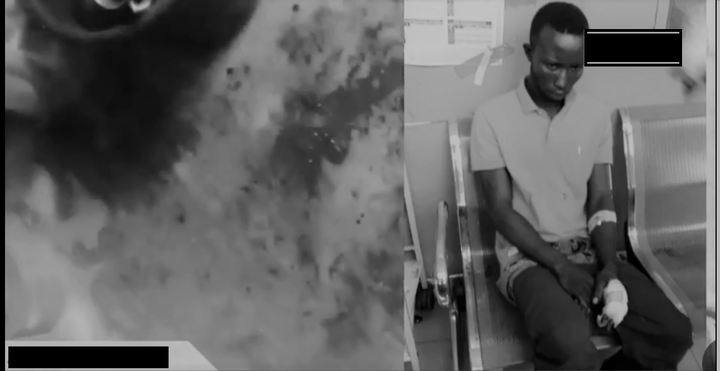 The boss said that this is what most guys are doing in town, so he would beat him. They beat him until he got tired, and then they left him there.

The man who came in when Benjamin was beaten went and reported it to Benjamin’s mother, and she came for him and sent him to the hospital. After she sent her son to the hospital, she went to make a report to the police.

Up till now, the police have not arrested the boss yet.