She Couldn’t Stand It: Woman Sadly Breakdown As Excavator Razes Down Her House 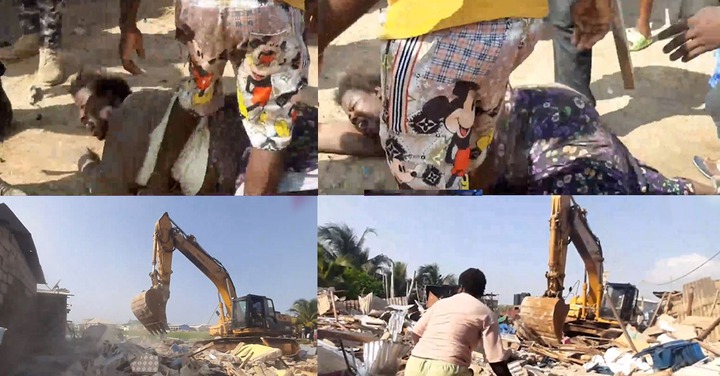 It was a sad incident when an excavator from the municipal assembly was dispatched to begin an exercise that has the tendency of destroying the structures of thousands of people. Most of the affected residents were women who have children and other family members to cater for. One woman was seen crying as she pleads with the task force carrying out the exercise to spare them. Another woman could not stand the shock, she was left with no other option than to fall down flat to the ground.

This is the situation some residents living along the Glefe Lagoon went through in the community they have lived in for many years. Many of them have spent the past years raising structures and families together, they have no other place to go but that was not the focus of the Abelkuma Municipal Assembly in the Greater Accra Region. 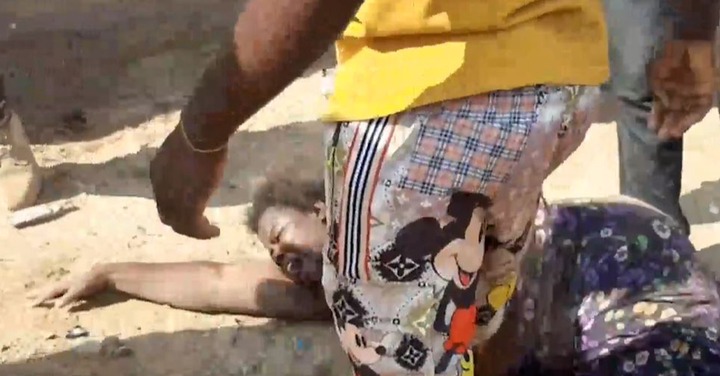 One of the occupants who is a mother and wife was at the market when the demolishing task force arrived. Her house was one of the structures that were targeted for demolition, the excavator driver who was following instructions started razing down the house of the woman. She was informed and moved from the market to the place on top speed but it was already late. Her house had gone down already. 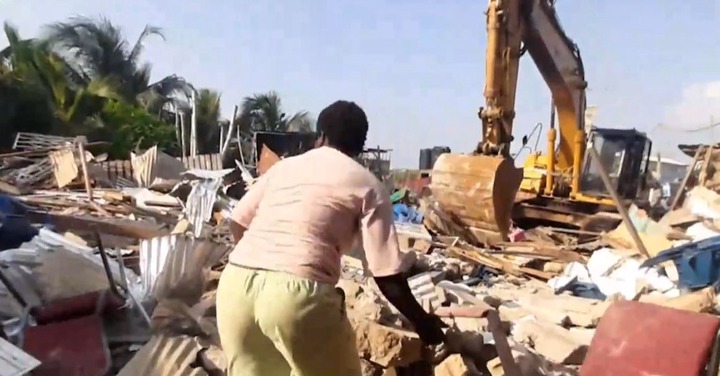 She could not stand the shock and went down flat to the ground, she started rolling just in the presence of authorities for them to have mercy on her but that did not materialize. The thought of where to lay her head and that of her family was enough to break her down. She was consoled by some persons there who told her that all was not lost and that she can still live life in another place. 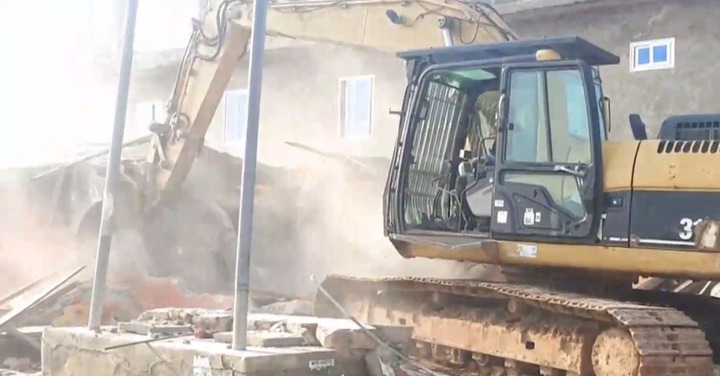 Others could be seen salvaging their properties from the demolished structures to places no one knows as at now. A resident, Kwame Baisey was shocked at the assembly for the action. According to him, they have been informed about the demolition but it was supposed to be after Christmas. He is at a loss on why they have decided to carry out the exercise now.

The Municipal Chief Executive for Ablekuma West, George Cyril Blay says, he started cautioning the residents since last year and it was about time they evacuate them for the protection of the lagoon. For the woman who broke down, her family members should continue to console her because the demolition of her house cannot be reversed. She can only pick up the pieces and start all over again.