A lance corporal of the Ghana Police Service caught sexually harassing a woman in a vehicle has been arrested to answer for his offensive sexual behavior. 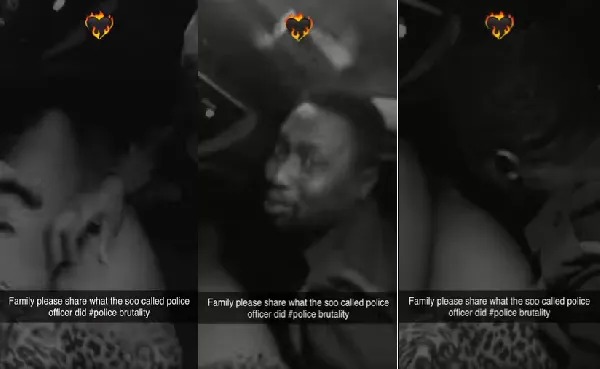 He has been identified as General Lance Corporal Victor Antwi Yeboah and he is said to be assisting police investigations into the incident.

The said offending officer is stationed at the regional operations unit of the Bono Regional Police Command. Director General of Police Public Affairs, Assistant Commissioner of Police (ACP) Kwesi Ofori, in a statement said the “Police Administration had seen a video in which a person in a police uniform is captured sexually harassing a female in a car.

The video was subsequently reviewed after which an investigation was launched to identify, who this, offending police officer was. 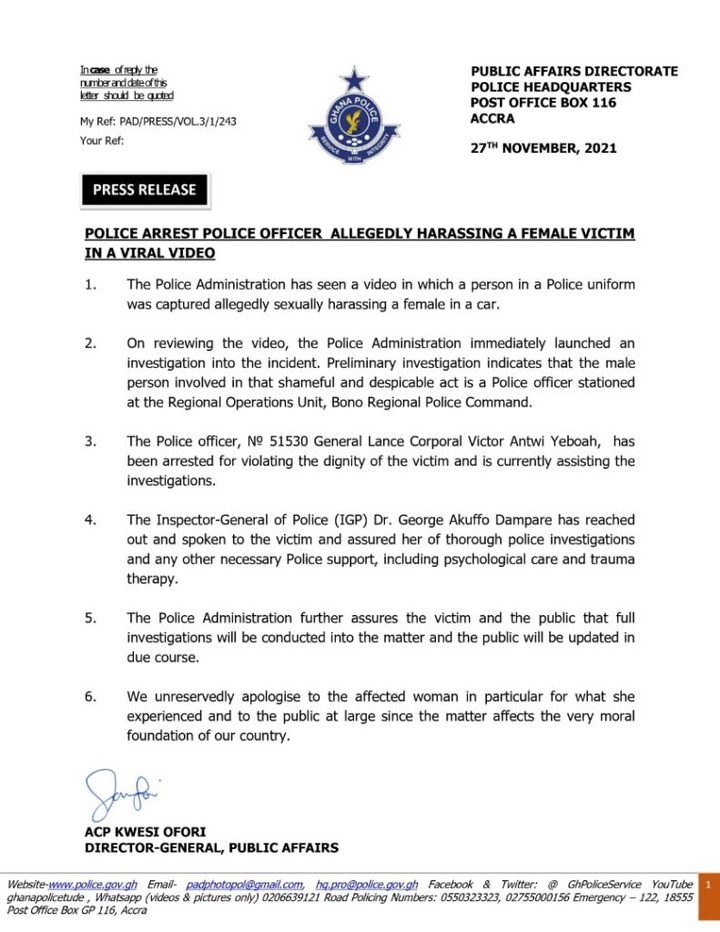 Their preliminary investigation has established that the person involved in the unwelcome and unwanted sexual advances is a police officer stationed at the regional operations unit, Bono regional police command.

The statement described what the general lance corporal was seen doing in the video as “shameful and despicable”.

“N° 51530 General Lance Corporal Victor Antwi Yeboah, has been arrested for violating the dignity of the victim and is currently assisting the investigations”.

According to the statement, the Inspector-General of Police (IGP) Dr. George Akuffo Dampare has reached out and spoken directly to the woman.

He has assured her that the police administration would ensure thorough investigations and provide her with any other necessary police support, including psychological care and trauma therapy. 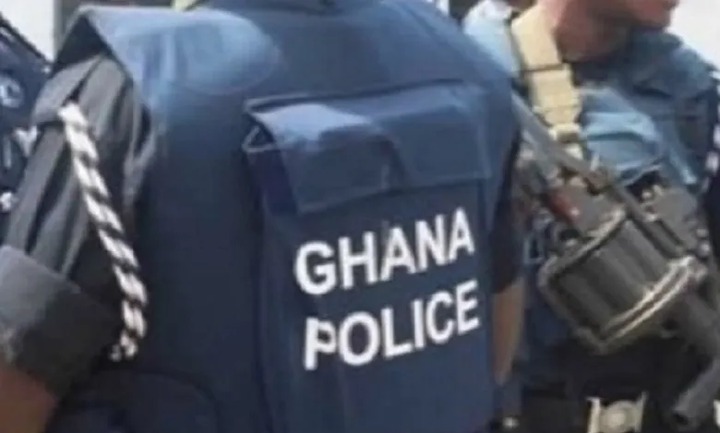 “We unreservedly apologise to the affected woman in particular for what she experienced and to the public at large since the matter affects the very moral foundation of our country.”

The statement underlined the determination of the police administration to see to it that full investigation was conducted into the matter and the public updated.

The swift intervention by the police administration is expected to send a powerful signal to personnel of the police service that they are not going to get away with any infractions of the law.

The other time, a police officer in the Central Region, was reported to have had sex with a detain suspect and freed her from police cells.

Deputy Commissioner of Police (DCOP) Kwadwo Tabi, the Regional Commander, told his maiden meeting with journalists that their reaction was swift, the woman was rearrested and taken back to police cell.