By MissChris (self media writer) | 3 months ago 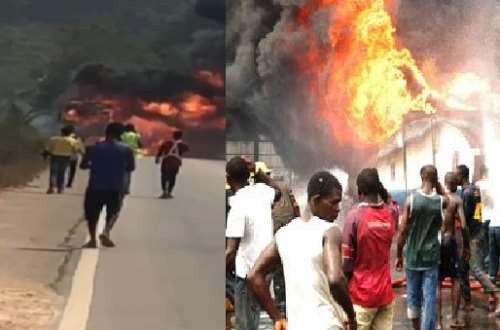 The past 24 hours have been very difficult for many Ghanaians, as they struggled to comprehend the sad news which was reported from Apiate, a town located along the Bogoso - Bawdie road.

It was reported that massive and devastating explosion has ripped through the town in the afternoon of Thursday, 21st January 2022.

Of the three accounts given, two have turned out to be untrue, as no other eye witness account has supported that claim, neither the facts of the matter points to that cause.

The third suggestion, however, turns out to be true. Explosives, purportedly belonging to Chirino, a mining company exploded after the truck which was transporting the explosives was engulfed in flames after a crash with a tricycle.

Shortly after, a massive and devastating explosion was felt, ravaging through Apiate, a town between Bogoso and Dawdie, killing many and destroying virtually every structure in the radius of the blast / explosion.

As it stands, there have been no official figures with regards to the number of casualties or the extent of damage, as thorough investigations are being conducted to ascertain the full length of the incident.

Our condolences to the people of Apiate and all affected by this sad incident.

In the mean time, Chirano Gold mines Ltd, the company whose name is at the centre of this incident has issued a statement attached below.

In the statement, Chirano Mines Ltd extended its deepest condolences and thought to all affected, while pledging to support with relief items to the affected victims as well. 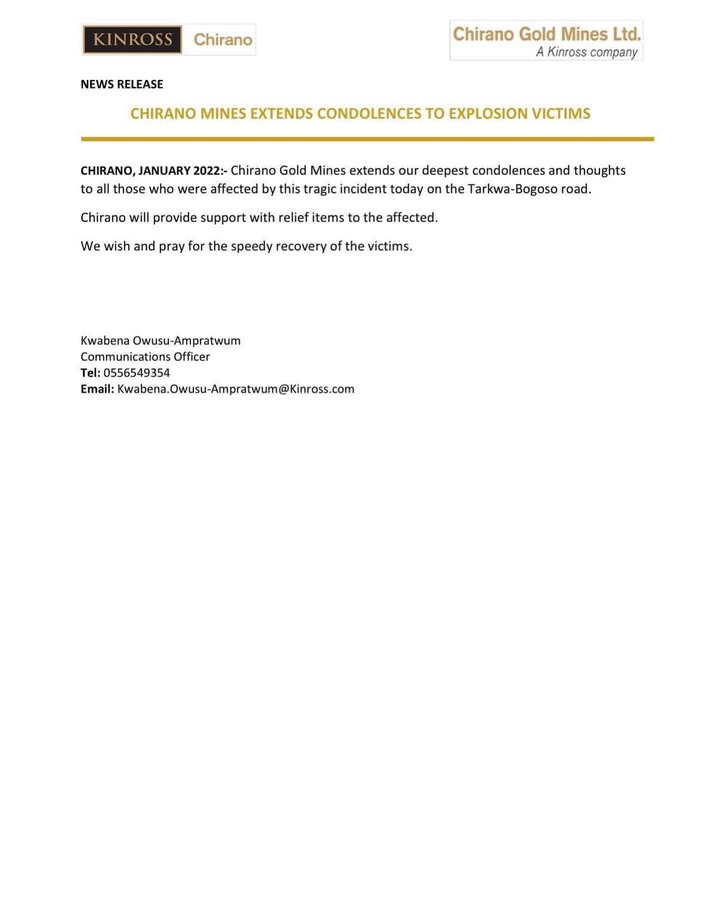 Caught On Camera: Another Police Officer In Serious Trouble After Doing This To A Sick Man.