By SirYorm (self meida writer) | 1 months 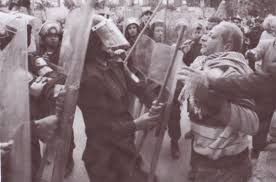 Whenever we say " The Pledge", we recite these words; "The Blood And Toil Of Our Fathers"_ many think it is with regards to poetry that this is being said, but let me tell you, those words are a piece of history that have been passed on to us. It must be said that the path to independence was no easy one and as such certain sacrifices had to be made. The Gold Coasters had been looking for a way to resist colonial rule, but due to certain reasons they stayed put, as if dormant, until something very tragic happened. It was the 28th of February, and some former soldiers of the Gold Coast Regiment after having fought alongside British troops in Burma decided to bring a petition to the then Governor of the Gold Coast, requesting that their promised pensions and compensations be given them. These men had decided to confront the Governor because upon their return, jobs had become scarce and they hadn't also received the pensions that were promised them. 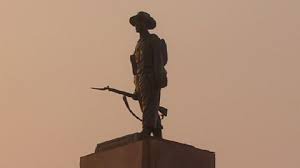 As they marched towards the Governor's residence at Christianborg Castle(now Osu Castle), they were stopped by the colonial police who refused to let them pass. Major Imray, the British police Superintendent who was in charge ordered his subordinate to shoot at the ex-servicemen but the man did no such thing_ Imray then grabbed the gun and shot at the leaders killing three of the former soldiers. All hell broke loose while the news spread like wildfire throughout Accra and there was the looting of properties and the destruction of buildings which belonged to the Asians and Europeans. This event which is popularly known as the " 1948 Riots" is regarded as the first bold step we as Ghanaians took towards achieving Independence_ every 28th February is celebrated in commemoration of the three ex-servicemen who lost their lives on that very day. Their names were; Sergeant Nii Adjetey, Corporal Attipoe and Private Odartey Lamptey. 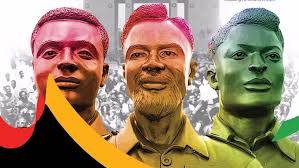