Can Manaseh tell us whose side he is?- CEO of Accra Digital Center details Azugu's operation 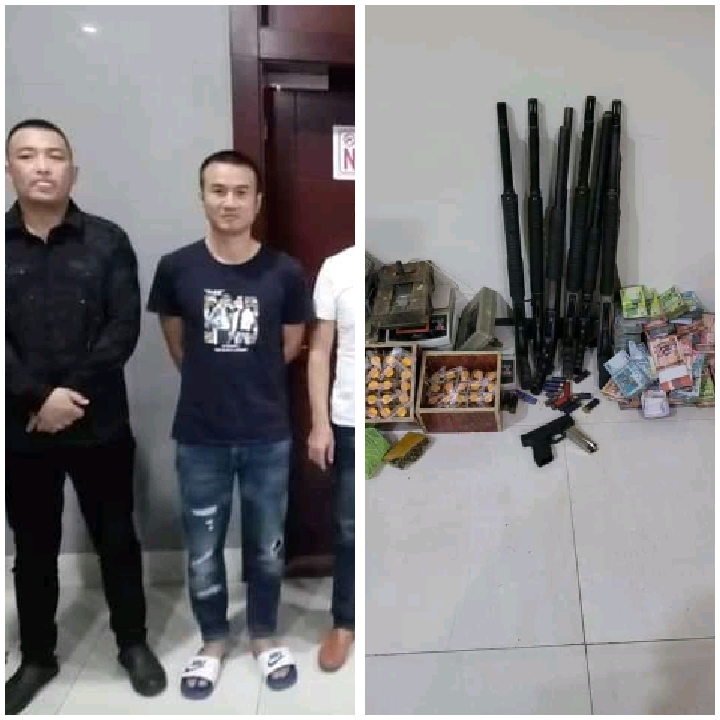 The Fouth Estate, an online news portal [with Manaseh Azure as the Chief editor] reported earlier today, May 31, 2021 that the operatives of National Security, led by ASP Azugu raided a Casino owned by a Chinese national at Asankragwa on May 7, 2021. The report also indicated that some individuals were allegedly assaulted by the officers of the National Security at scene including a journalist.

"When they came in, some of the Chinese guys were playing table tennis. So those of us who were there, they took our phones and they searched their [the Chinese] pockets and took the money they saw there. For these monies, they didn't account for it. I was here personally so I saw it", an eyewitness indenfied as Maxwell Yeboah said.

However, the CEO of the Accra Digital Center, Mr Kofi Owusu Nkansah has revealed the details of the said operation by Azugu and his men. A post sighted on his Facebook page reads:

"A swoop conducted by National Security operatives, on May 7, 2021, in two locations in Asankragwa, specifically the area behind the Petrosol Fuel Station and a Casino/Restaurant within the Xindi Hotel on the Asankragwa- Enchi road, led to the arrest of six(6) Chinese nationals involved in money laundering, drug peddling and the operation of an illegal gold refinery in the Asankragwa township".

He also revealed that the owner of th hotel is at large but his wife, who claimed to be an accountant of the hotel was arrested with others.

"Can Manaseh Azure Awuni tell us whose side he is on, the side of the Chinese or the security of his country?" He asked rhetorically. 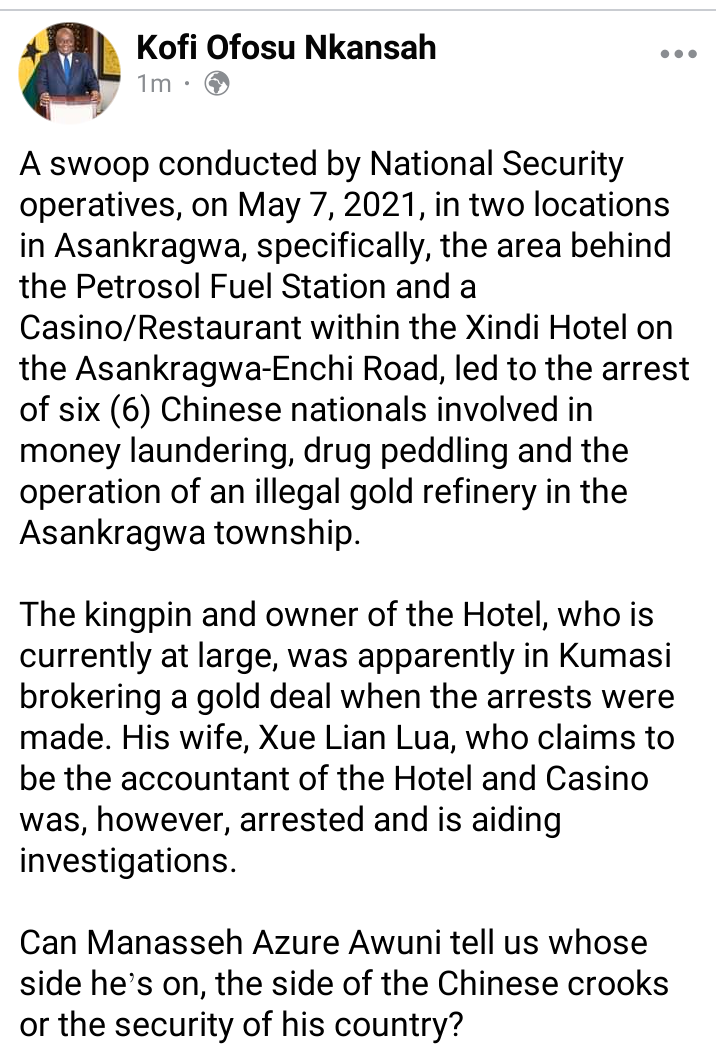 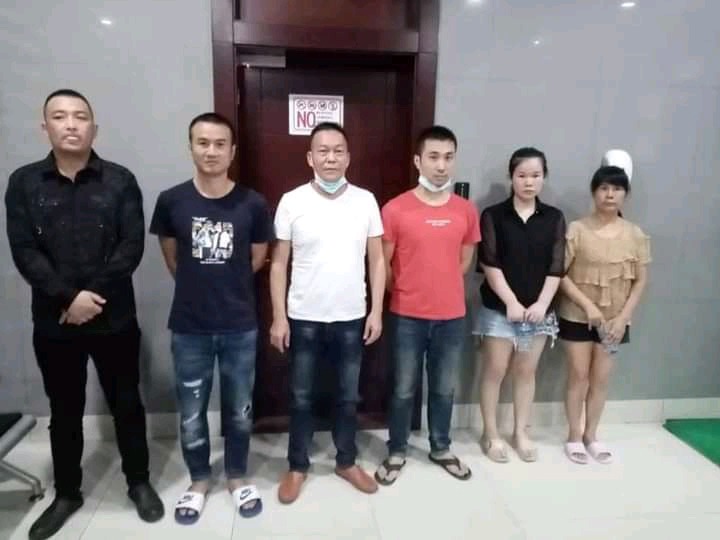 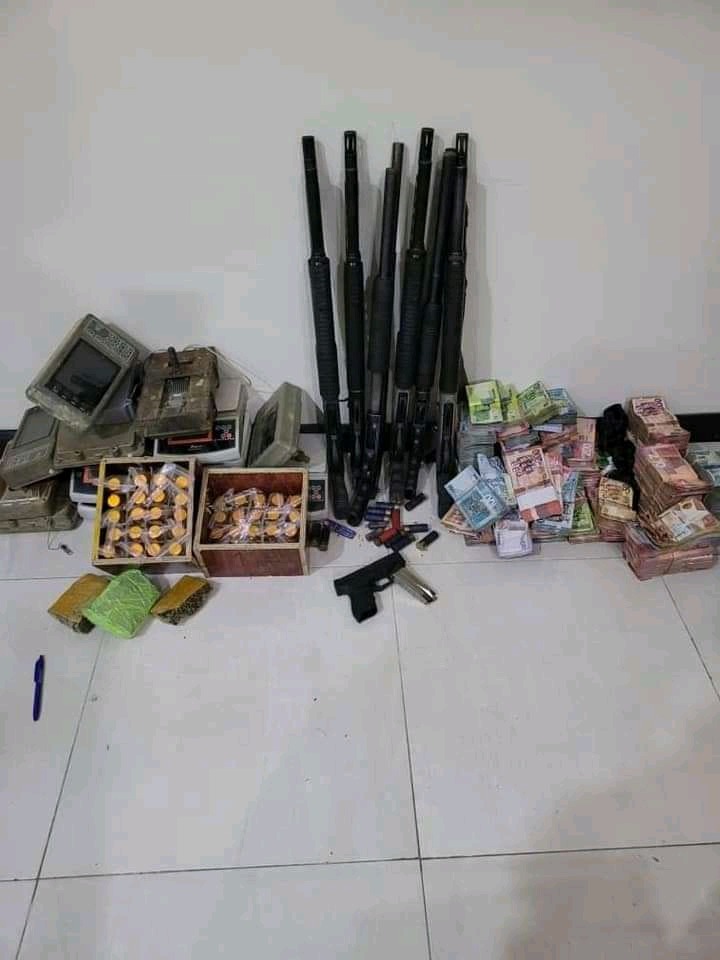