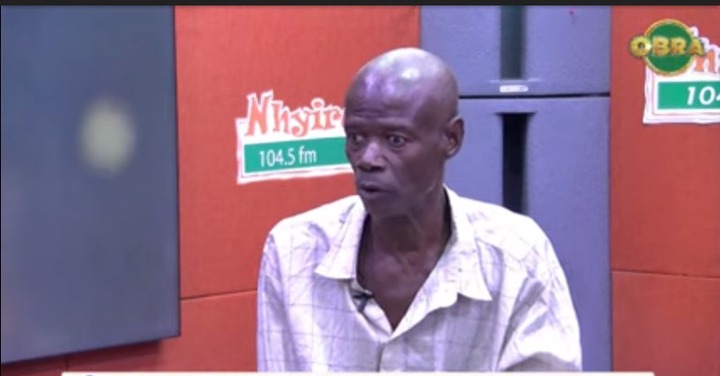 A man known as Agya Peter from Foase in Kumasi in an exclusive interview recounts on what his tenant did after he moved out of his house. According to the man, he got married to his wife and gave birth to their children years ago, he worked hard with his wife and build his own house, the man said they were able to enroll their children in the Tetiary institution but his wife abandoned him years ago.

Agya Peter added that he fell sick and lost his sight in 2018. He revealed that 15 years ago, a young man and his friend named Mahamadu came to rent one of his rooms. Those friends had a fight and one of them moved out of the house leaving Mahamadu alone in the room. Agya Peter said he took Mahamadu as his son and allowed him to stay in the room for 15 years without paying for rent.

Few months ago, he informed the young man that he can't work due to his disability, all his children too are not staying with him, so he wants him to start paying for his rent so that he can get money to feed himself. They all came into conclusion that he will pay GHC30 every month for two years, the young man then paid GHC720 to him. Agya Peter said Mahamadu changed totally after paying that money, he used to play music loudly to disturb him. 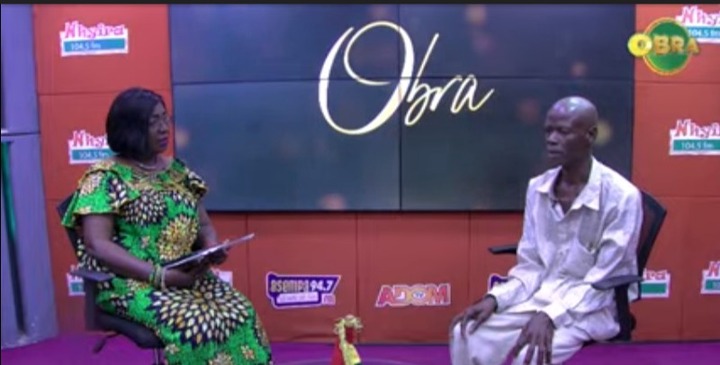 He advised him not to make that noise but the young man insulted him and make a mockery of him because of his blindness. Seven months later the young man requested for his rent back so that he will move out of the house. Agya Peter said he gave GHC300 to him but Mahamadu rejected the money, he told him to pay back all the money he gave to him before he will move out of his house.

Agya Peter added that what made him sad was that, this same young man has stayed in his house for 15 years without paying for rent and utility bills. But he didn't take any action against him, he paid the GHC720 he gave to him peacefully. The worst part is that, Mahamadu locked his door and packed out of the house with the key and up to date they have not been able to open that door again.