A 52 years old man Francis Akwasi Kumi has hanged himself to death in Fosu in the Eastern region. Francis has four children with the first in the university. He was married to a woman called Akosua Buruwaa but are now divorced after the man lost his job. The woman again complained of the waist problems the man had and said she was not happy in the marriage. 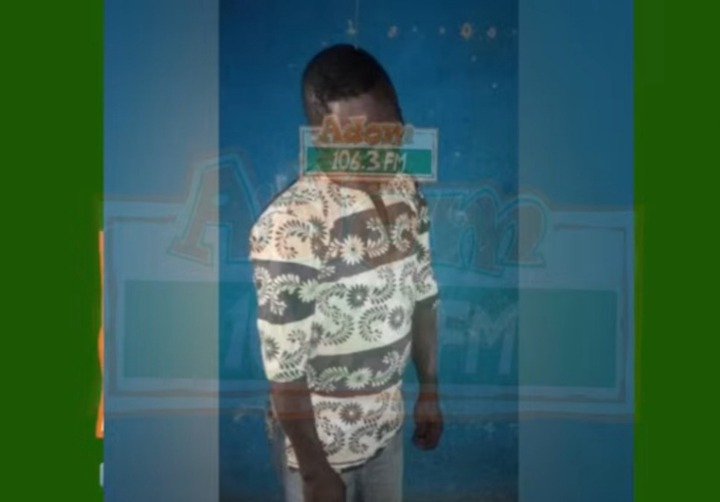 That was why she divorced her husband and left for her family house. Francis Kumi was staying alone in his house and he fell sick. The brother-in-law, Stephen Kwaku Ofori said she asked the wife if she had been taking food to the sick husband, but the woman said the husband does not eat his food. Francis denied this allegation however his sickness worsened. After days in the hospital, the brother-in-law moved him to his house where others were staying there and he could interact.

After some time he got better and his wife used to come here to visit them. Stephen Ofori said on this faithful day, they outside chatting with other tenants of the house. They later went inside and the deceased continued to watch TV with the children and came to sleep after about 20 minutes. Stephen said he woke up in the night to urinate but did not find Francis on the bed, and they went in search of him. He found him in one of the rooms as he had hanged himself to death.

The eldest son of the deceased Raphael Kumi said he was working in the night when he got a call from one of his aunties that his father could not be found. Raphael works in Accra alongside schooling. Later he received a call that his father had hanged himself. He said he could not control his emotions so he told his supervisor what his situation was and he was allowed to leave work. Raphael when he was leaving home, his father was fit and does not understand anything that is going. He believes there is something fishy going on that has resulted in the death of his father and not his sickness.