The Ghana Police Service is on a hunt for a thirty-five (35) year old man who allegedly murdered his girlfriend in Akyim Koforidua. The victim, Juliana Kyerewa Darko, aged thirty (30) was found dead in her room today after co-tenants sensed a foul smell emanating from her room.

The body of the young woman was already decomposing. She was found lying on her side with the genitalia badly swollen and egesting fluid. Eyewitnesses suspected she died unnaturally and this gave room for the landlord whose name was given as Opanyin Boadu to suspect the fiancé of the victim.

According to residents, Juliana is self-employed whose main business is selling bread. She is said to have dated the suspected murderer for over three years. The Landlord even attested to knowing the man but his name was never mentioned. 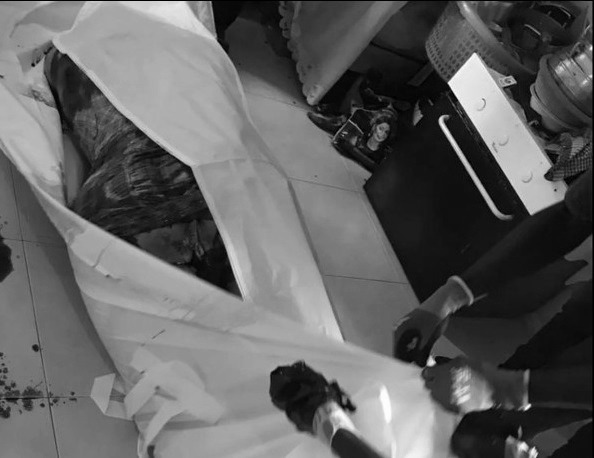 Opanyin Boadu disclosed that the suspect left the compound last week Thursday at dawn in a rather strange manner. He told Makosem TV’s reporter, Felixco that the victim was never spotted since the boyfriend left that dawn.

But none bothered to enquire about the other’s private life, so no one attempted to check on her. It was after they sensed the foul smell that they became alarmed and reported the incident to the Police.

Juliana was already gone. The lady, from the pictures that were shared on a live feed, will convince you that she was heavily endowed. The police struggled in lifting her onto a stretcher so they could transport the body to the Komfo Anokye morgue for autopsy.

Many who witnessed the scene suspected the victim and the boyfriend who is currently on the run to have had a wild sexual encounter. Others feared it could be one of these ritual sexual affairs that caused her death. 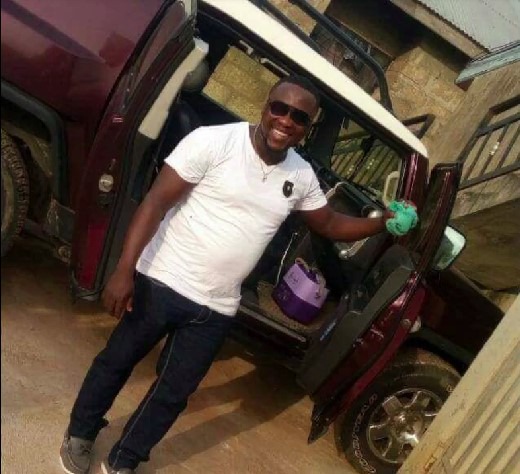 The boyfriend suspected of murdering Juliana

What made this account more believable is that Opanyin Boadu disclosed that Juliana was never seen outside the room ever since the boyfriend arrived on Monday [three days before the suspect vacated the compound]. His suspicion also sparks curiosity about what cause Juliana’s genitalia to swell that badly.

Nothing has been concluded yet as to how the victim died. There were no signs of struggle or cuts on the body of the victim either.