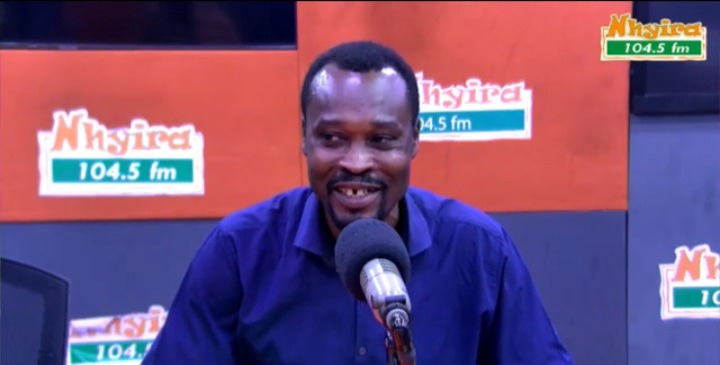 A 43 years old man called Maxwell popularly known as Kofi Loto who is a resident of Awomaso New Site described how his co-tenant used juju on him after he had a fight with him. According to the man, he went into hardship and was not able to rent a room to stay. He made a decision to search for a temporary place to stay. Fortunately, he got an uncompleted building at a New Site in Awomaso to live.

He kept the house and its surroundings clean. Even his landlord was overwhelmed about his cleanliness. Maxwell claims his landlord brought another man to stay in the uncompleted building a year ago. He was even happy to be staying together with him because he has been living with an old man in that house with no electricity for 13 years now. Few days later his co-tenant started complaining that the old man he has stayed in the same house for years used to wear short knickers which are against their Islamic religion.

Due to this accusations, the landlord evicted the old man from the house still he had a good relationship with the co-tenant no matter his behaviour. Maxwell unveiled he noticed that man used to cook at night and also insults him for no offense, the following day the man prevented him from fetching water in the house and also rain insults on him that he is mad, all this while he kept quiet and didn't utter a word to him to prevent any fight. He again threatened him that he may loose his life in the house one day after he had a fight with him.

He got terrified and went to file a complaint against the co-tenant at nearest police station. His landlord later came to the house to settle the misunderstanding between the two of them. Still, the co-tenant continues to fight with him over trivial issues and even report him to the police station for making illegal conditions that were not true. One evening he overheard his co-tenant making a discussing with their landlord about how he used Juju on him to monitor his life which will make him give up and he moved out of the house.

Since that day, he began to have bad dreams concerning being in a shrine. The following day he realized that everything he does in his daily life is being monitored by the co-tenant through the use of juju. He tried everything he can to prevent that man from monitoring him but he couldn't do anything to help himself. He had sleepless night and began to lose weight due to the problem he is facing. Maxwell is asking the general public to help him prevent the co-tenant from monitoring his life and also find a place to stay.