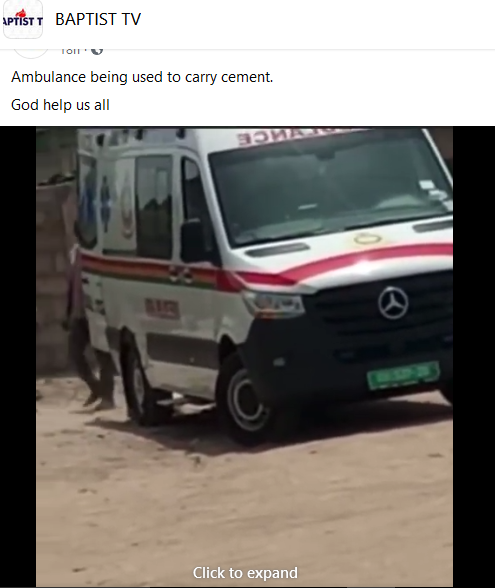 Every Ghanaian knows that Ambulance cars are only used for emergency situations in the country and even up till now some health facilities in remote communities do not have ambulances of their own. So it was extremely strange when a viral video surfaced online showing the use of a National Ambulance car being used to load cement to an unknown location.

Some Ghana after watching the video descended on National Ambulance Service authorities and some called for the removal of the head of the department. They argued that some patients may be in dying need of ambulance services at the time that this ambulance is being used to carry cement. 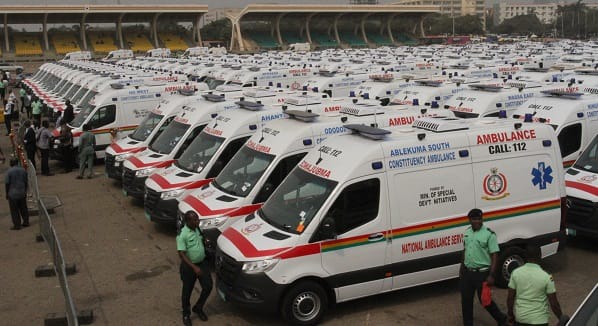 So actually the said ambulance is not under their care of the National Ambulance Service as at the time it was being used for cement business. It was with Service Ghana Autogroup Limited who were repairing the minor fault with the car. The Public Relation Officer (P.R.O) of the National Ambulance Service, Mr. Simmons Yussif Kewura issued this press statement in explanation of the viral video. 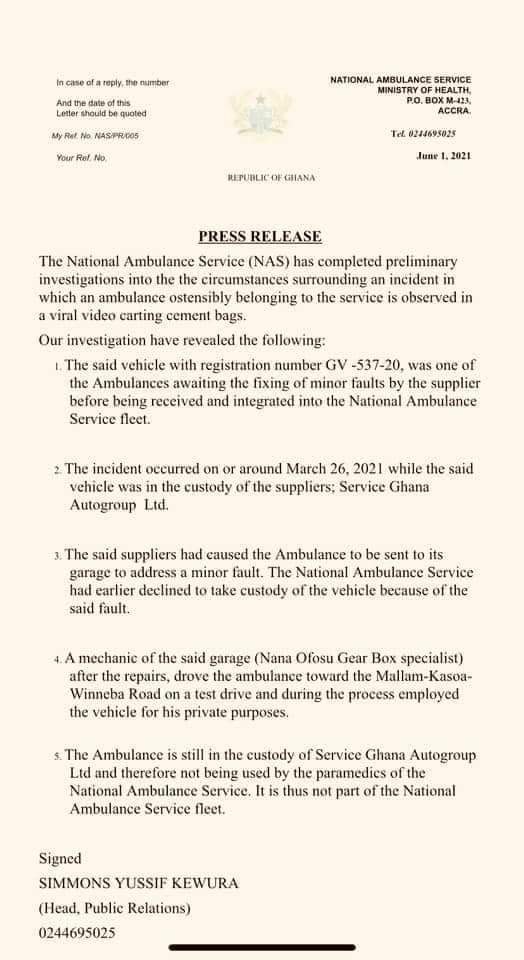 Mr. Simmons Yussif Kewura further explained that a mechanic by the name of Nana Ofosu Gear Box Specialist after repairs drove the ambulance towards the Mallam-Kasoa-Winneba road on a test drive and during the process used it to load cement.

But some Ghanaians reacted that this, not an excuse as an ambulance under repair is still under the care of its owner and the ambulance service should have been monitored how it is being used. What is your opinion on this?

Why Bloggers and PhD holders may have same relevance

3 Signs Which Shows that Your Relationship is Serious

Braid Lovers, Check Out These Beautiful Hairstyles to Inspire Your Next Look