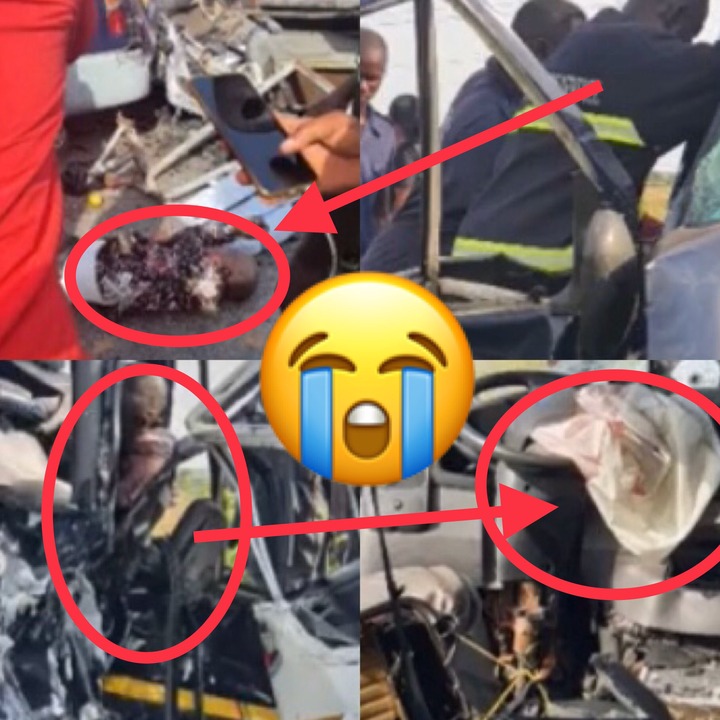 The recent heartbreaking news that has sparked massive stir, debates and arguments across all social media platforms is the untimely death of over 8 innocent passengers at Accra.

According to recent reports by Adom Fm and television, the unexpected accident occurred at Sege which is a suburb within the Eastern corridor of the Greater Accra region aside being close from Ada as the gruesome incident claimed innocent lives on the spot.

Even though the sprinter driver knew the risk for making such a decision, he didn’t mind as he continued to overtake all the 7 vehicles ahead of him but he unexpectedly witnessed another ford vehicle coming towards him at top speed which sadly led to a head-on collision between the two vehicle hence killing the lives of the two drivers on the spot.

According to recent reports, the police service delayed after the gruesome accident was reported but the fire service officers kept to their promise and arrived on the spot on time to try help remove some of the passengers who were stuck in the vehicle.

Below is a look at some photos of the fatal accident that recently occurred on the Sege road at Accra. 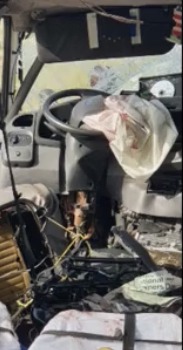 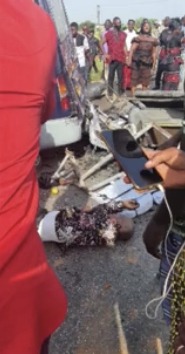 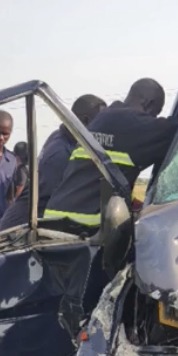 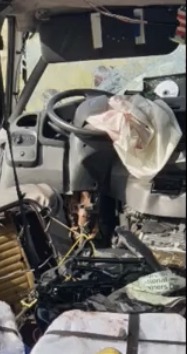 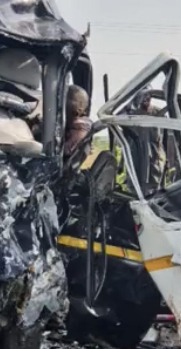 About nine out of ten passengers who were in the vehicles which collided have reportedly lost their respective lives due to the careless driving of the sprinter driver as the only survivor in the fatal accident is currently receiving medical treatment at a nearby hospital.

May their respective souls rest in perfect peace and all condolences goes to the entire family and friends.

What are your thoughts on the recent accidents on our roads as the festive season approaches even though most individuals claim otherwise?

What do you think the Ghana police service can implement to help reduce the rate at which innocent citizens lose their lives due to such accident cases on our roads?