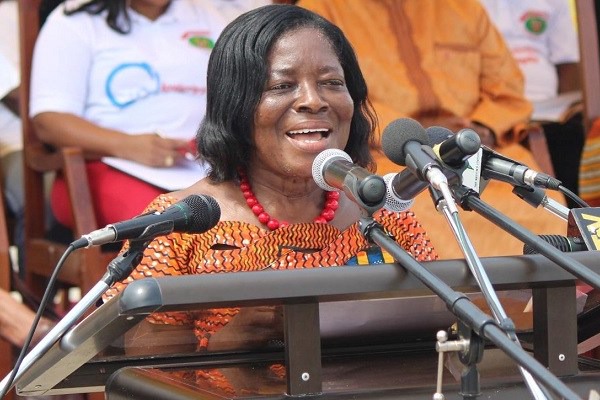 The announcement was made when a delegation from the family of the late Council of State member, paid a courtesy call on former President John Dramani Mahama.

It was relayed that the funeral will take place from December 17 to 19 in Gomoa Abora in the Central Region, where the late politician hailed.

Benyiwa Doe died on Sunday 19th September 2021 at the age of 71 at Tema in the Greater Accra region.

Saddened by the news of her demise, President Akufo-Addo, former President John Dramani Mahama, and many more have poured out their tributes.

President Akufo-Addo described her as a good friend, way back in Parliament.

“I’m sad to hear about the news of the death of Ama Benyiwa Doe. She was a colleague in Parliament and a good friend. May her soul rest in perfect peace until the Last Day of the Resurrection when we shall all meet again. Amen!!”, Nana Akufo-Addo posted on Facebook.

Mr. Mahama on the other hand described her as an inspirational icon and a gender activist with limitless courage, commitment, and passion for service.

“I have received with deep sadness, news of the demise of one of the most inspirational icons to have served our party, the NDC, and this great nation.

She was not only a politician but also a gender activist and champion of women’s rights. Ama Benyiwa Doe was an embodiment of limitless courage, commitment, and passion for service.

May her soul rest in eternal glory”, he posted.

Born in 1950 and hailed from Gomoa West in the Central Region, Banyiwa Doe became a Member of Parliament on the thicket of the National Democratic Congress for Gomoa West Constituency in the fourth republic for 12years and was defeated by Joe Kingsley Hackman Of the New Patriotic Party in the 2004 General Elections.