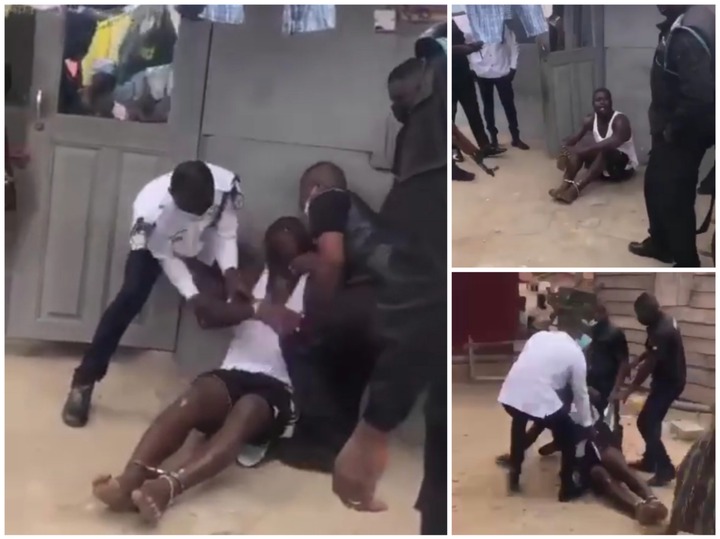 The Inspector-General of Police Dr George Akuffo Dampare must once again prove that he will check on his men to be professional in all their dealings with society. What happened in the capital, Accra yesterday was totally dehumanizing and unprofessional, to say the least.

More than half a dozen officers stormed the residence of a suspect and arrested him. It is not established the offence this suspect had committed but from the disposition of other co-tenants, one can infer it was a civil case.

The suspect was cuffed at his ankles rendering him immobile. Can you imagine that? Are the cuffs meant for his hands or his legs? This is purely abusive and with no disregard for the suspect.

What made things more worrying is the coercion these police officers visited on the suspect that he should rise up and walk to the police station with the cuffs on his ankles. Obviously, he couldn’t have walked with those restrictions, and as such he restrained himself from it.

These officers assaulted the suspect and threatened to drag him on the floor if he fails to submit to their orders. While the struggle ensued, a senior officer looked on and never advised his men to stop and do the needful, thus removing the cuffs from his ankle and placing it on his wrist. 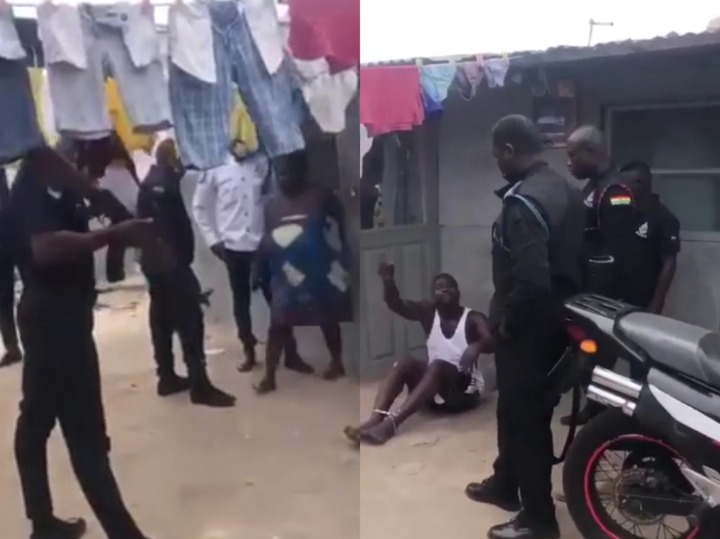 After minutes of resistance, four police officers held him by his singlet and underpants and dragged him to the floor. His singlet was shredded.

A neighbour kept filming the incident and asked if they were acting professionally. He wondered what stops the police officers from placing the cuffs on the wrist of the suspect given that he had already submitted to arrest.

He appeared to be literate and question the moral and professional judgement of the police in this conduct. The video evidence he had could be tendered for investigations by the Police Professional Bureau to interrogate these officers for their conduct.

It is strange that such behaviours are still being perpetrated by the Police after Dr Dampare’s admonishment to embrace the codes of professionalism in the service. Surely, this evidence will reach Dr Dampare, and these officers will find themselves wanting.

You can watch more in the video to make your judgement via this link.