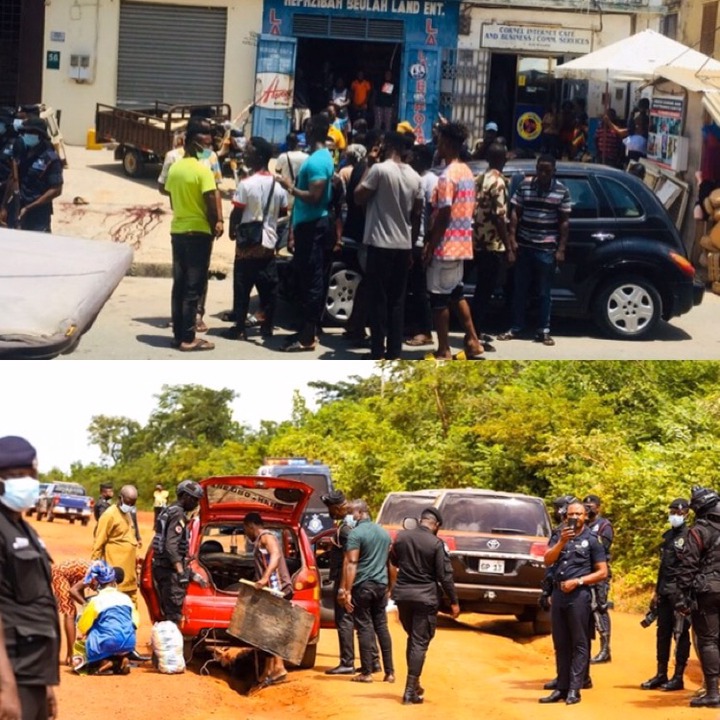 The recent good news that has got most Ghanaians talking is the arrest of two suspects linked to the bullion van attack at Tarkwa in the Western region.

After preliminary investigations the police have identified that, the two suspects, Charles Enning, a driver and Dorcas Akosua Amankwah, a teller who both worked at the company went to Ransbet Supermarket for proceeds made over the weekend to be deposited at the bank but unexpectedly failed to pick up the police officer who was to provide security to the entire operation.

Unexpectedly, the suspects were attacked by a masked man and bolted with the money on a standby motorbike as soon as the suspects tried putting the money in the bullion van.

This unexpected incident has raised lots of concerns amongst most individuals in Ghana as some have boldly come out to claim that, the two suspects were working with the masked man who attacked the van and so therefore they should be jailed for their offense.

Others are also claiming that, the two suspected armed robbers planned attack since they didn’t bother requesting police escort hence, they are greedy and should be sent to prison.

The Inspector General of Ghana Police, Dr George Akufo Dampare and his boys are currently pursuing the two suspects in other to bring them to justice as they’ve urged companies to also screen their employees before abc after offering them employment.

The Ghana police has also urged Ghanaians to feed the police with any information that would lead to further arrest of all suspects involved in the bullion van attack at Tarkwa in the Western region.

Do you agree that the the two suspects were greedy and should be jailed for bring suspects to the bullion van robbery even though most individuals claim otherwise?

What technique do you think banks should implement to help reduce recent rise in armed robbery and bullion van attacks in the country?

E-LEVY Will Force “QWIKLOAN” Out Of The Market -CEO