He Stabbed Him With A Sharp Knife: Man Kills Close Friend In Cold Blood 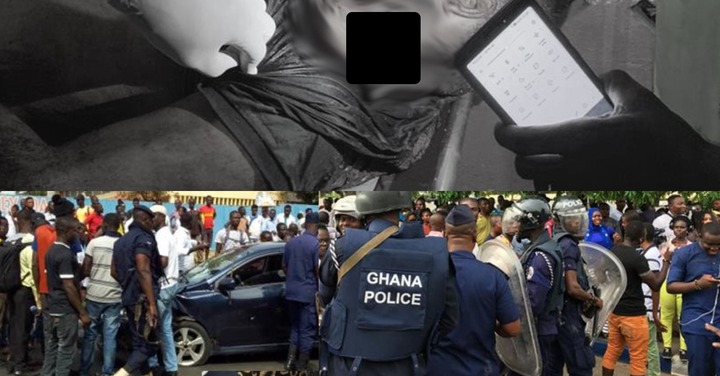 Mastering the art of how to control their anger when angry can go a long way to help every individual. Anger can cause confusion between close friends, relationships, and even marriages. In extreme circumstances, anger can cause marriages to break whilst close friends can become enemies. Most people are in prison due to the fact that they were not able to control their anger.

A man has killed his close friend as a result of anger. The deceased, Emmanuel Appiah who is about thirty-seven years was in friendship with Oko Bekoe. They have been together for many years and share a lot of things together, they were living in a peaceful harmony until misunderstanding broke. The genesis of the matter is that Emmanuel suspected Okoe Bekoe of stealing his necklace, this was after he had searched for it for a while but to no avail. 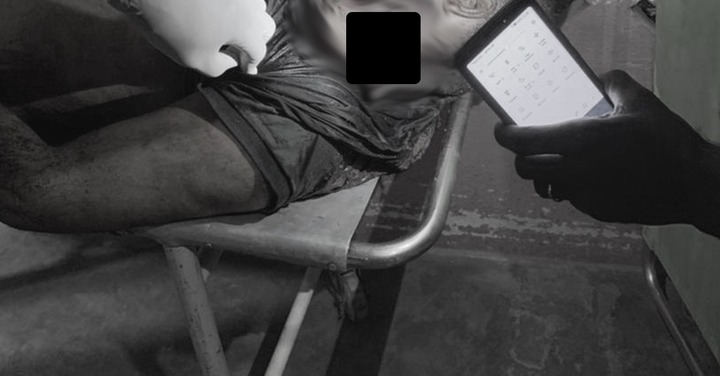 He gathered the courage to ask Okoe Bekoe who he normally shares his room with but he denied it. Emmanuel insisted that nobody can take the necklace apart from Okoe but the situation caused a serious fight between them. The confusion became heated to the extent that Okoe could not control himself and rushed to the room and grabbed a knife to end everything. He stabbed Emmanuel in the neck and he did instantly.

His lifeless body could be seen lying helplessly with blood oozing from his neck. The wound is so deep to the extent that he could not have survived the pain. Soon after committing the crime, Okoe Bekoe took to his heels and has since not returned. The police are currently mounting a serious search to bring him to face the laws of the country. 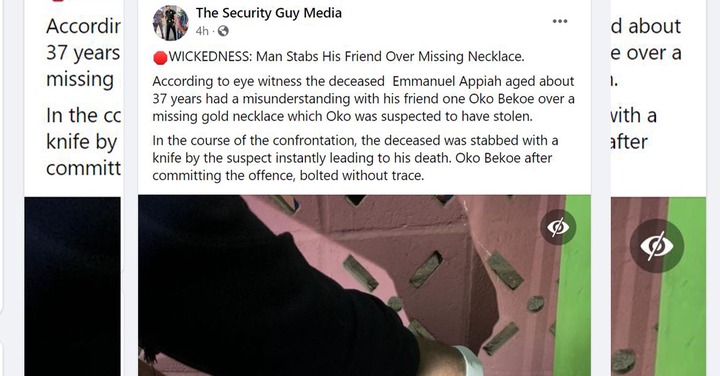 The sad story was shared on the official Facebook page of ‘The Security Guy Media’. The location where the incident happened was however not added but this is sad news that should send signals to everyone who has challenges in managing their anger. If Okoe had exercised patient to iron out issues with his friend, he would be hiding.

Now, he is unable to work anymore and his family might not have the opportunity to even see him. The end of it all will be that he will end up in the prison. Apart from that his friend of many years has died and nothing can bring him back. I’m sure he has regretted ever committing the crime from wherever he might be hiding.