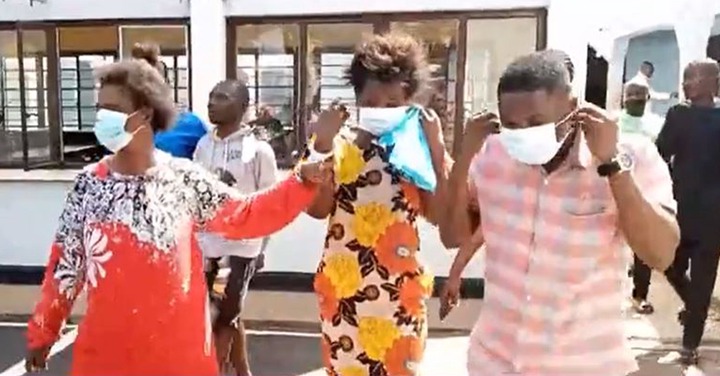 It was a sad scene when a mother and her daughter were seen locked in one handcuff at the premises of the court. The mother is locked with the left hand whilst the daughter had been handcuffed with the right wrist. They were being accompanied by police officers into a vehicle and sped off to custody. They both looked dejected and disappointed at the same time.

The Kumasi Circuit Court had apparently handed over a six-year jail term to the mother whose name has been given as Theresa Asamoah. It was sad news for her but she perfectly deserve it for the offense she committed. She was finding it difficult to please the husband with a bay and decided to go the other way to have one. 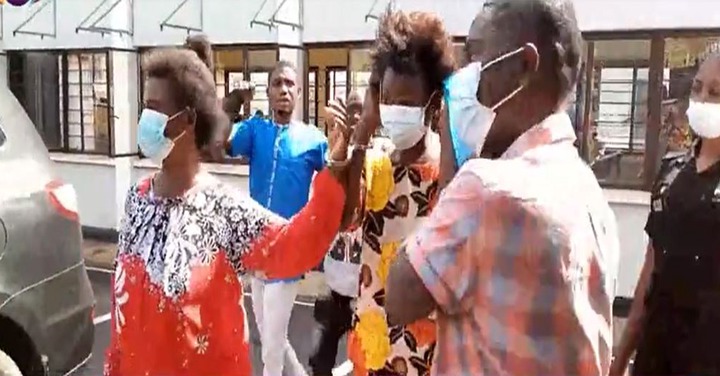 It is unknown how it happened but she was able to swindle a nursing mother by telling her that the new baby she had delivered was dead. She is the only person who could explain how she faked a period of nine months when there was no baby in her womb. She was still with her husband and it could have been noticed that she was never pregnant but maybe, she was smart enough to the extent that the husband did not even notice.

She truly brought a baby home and told the husband that she had given birth. But as faith will have it, the mother of the baby returned after some years and realized her baby did not die as she was made to believe by Theresa Asamoah. It was a moment of mixed reaction because she had lost the chance to mother her baby and at the same time going through years of pain. It was at this point the police were invited to take charge. 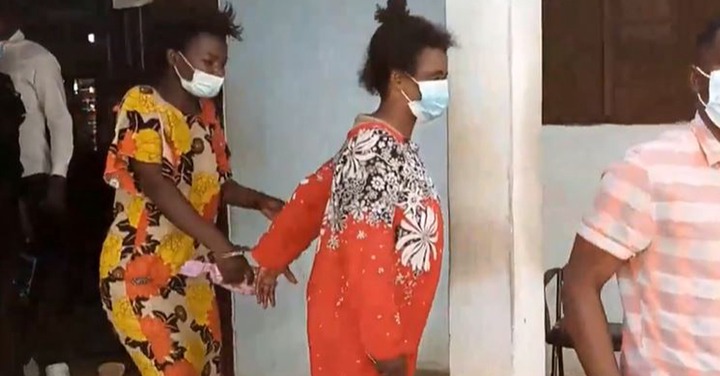 Her daughter, Priscilla Appiah was also accused of being an accomplice but she pleaded not guilty. Whilst the mother was offered six years in prison, her daughter has been granted GHC 100,000 bail. Once she is able to fulfill the sureties, her freedom is guaranteed but the mother will be punished within the walls of the Ghana Prison Service.

They were all seen at the premises of the court after the case in one handcuff. This is a sad case to happen to any family. Babies are natural gifts and if one is not conceiving, it is not an opportunity to steal the baby of another. Anyone who does that will also be jailed just like the case of Theresa Asamoah.

Please Forgive Me: I was Never Pregnant. Josephine reportedly confesses.