Something Must Be Done Quickly: 3 Armed Robbery Attacks Recorded In Just 3 Days At Takoradi 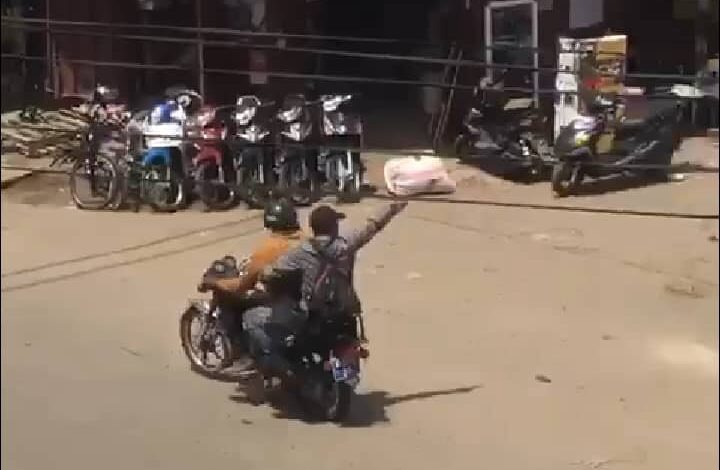 The latest to be recorded is a daylight armed robbery attack that has left a husband and wife in critical condition in the afternoon of Monday, April 12, 2021.

The incident happened in the full glare of the general public at Amanful, close to the Central Business District of Takoradi.

According to eyewitnesses, the armed robbers who were four in number appeared on two motorcycles with guns to carry out the attack.

The husband and wife whose names are still unknown were in their private vehicle when the armed robbers attacked them and demanded the handbag of the lady.

Reports further add that the lady out of fear handed over the handbag to them but later decided to shout for help.

The angry armed robbers returned and shot her husband who was driving the vehicle at the time. He was shot multiple times in his shoulders and ribs.

The armed robbers returned to the lady and hit her mouth with their guns leaving her in a sad condition. The two have been rushed to the hospital for medical assistance.

The armed robbers bolted without a trace. Residents who were gathered at the scene could not help the situation as most of them were scared.

The content of the handbag is still unknown but eyewitnesses believe it could be money.

In just three days, three different armed robbery attacks have been recorded in Takoradi. Two of these attacks were on mobile money vendors.

All their sales were taken away by the armed robbers at gunpoint. The vendors received gunshot wounds in their thighs. They are currently receiving treatment at the hospital.

The continued attacks have raised several questions by residents on what could be happening to the security in the Twin City. something must be done quickly to salvage the situation.