So who killed my child;Mom of Angie, a young girl murdered in cold blood on her birthday cries out

By Winnerwriter (self meida writer) | 15 days

The insecurity happening in some parts of the various regions has reached an alarming rate and the security agencies must be up and doing? In recent times, various categories of crimes ranging from armed robbery, contract killings, internet fraud and car snatching have been committed by individuals leaving severe and devastating effects on their victims and their family.

Once again, wicked assailants have shot dead a young beautiful damsel known as Angie at Kumasi, specifically within the KNUST vicinity. In confirmation of the incident to Angel TV with the host Kofi Adoma Nwanwani, Osei Kwadwo the Ashanti regional correspondent indicated that the girl was shot in the evening by two unknown guys on motorbike. According to Angie's mother, a day before the incident, her daughter informed her of going to collect a present from someone who is yet to be identified because she was celebrating her birthday. Only for her to be informed about her daughter's death. The Uncle of the deceased who commended the KNUST Police officers for acting professionally added that, it was the eyewitness who discovered the victim lying in a pool of blood and sent her to the hospital.

All attempt to establish a connection with the phone she was holding as at the time of the attack has proven futile as her Killers took it away with them. 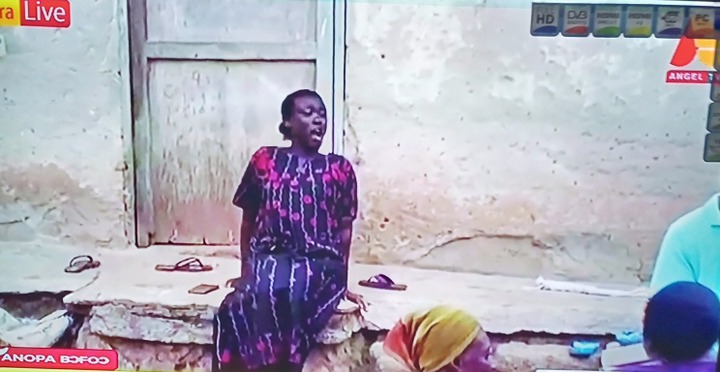 According to people closer to the scene, she alighted out of a salon car when two guys on a motorbike shot her in the throat killing her instantly on the spot. Osei Kwadwo bemoaned the increasing rate of crime within the Ashanti region. Within two Weeks, five murder cases have been recorded with only one suspect arrested that is the murder case involving the taxi cab driver at Sewua.

The rest of the four murder cases remains unsolved.