IGP Dampare Does Not Entertain ‘Intransigent’ Officers; Rule Of Law Is Upheld Under His Regime 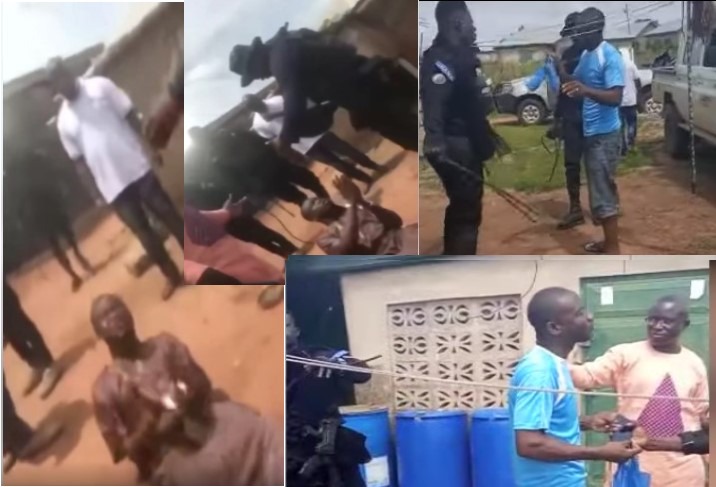 The public learned with surprise a drastic measure taken by the Police administration in dealing with four rogue officers who assaulted a civilian some persons in Tamale of the Northern Region on Tuesday 21 September 2021. The four officers are yet to be named yet the Acting Director-General in charge of Public Affairs, Assistant Commissioner of Police Kwesi Ofori noted that the officers have been interdicted.

It is the second time the police under the command of the Acting Inspector-General of Police, Dr. George Akuffo Dampare have sanctioned their own for being unprofessional. The country has witnessed several instances of police brutalities in the past with most of the victims yet to recover.

Details, as shared by the Police, states that the four interdicted officers were on an official assignment with power generation company, NEDCo/VRA to arrest persons alleged to have been involved in illegal power connections. The officers who couldn’t exercise professionalism and restraint took the laws into their own hands and whopped one suspected of illegal connection with canes and other offensive materials.

It is reported that there were some other victims of that operation, and police have apologized for the misconduct of their officers. These happenings in the police are cautious enough to any other officer who breaches the code of conduct of the police service.

Surely, IGP George Akuffo Dampare is particular about the integrity of the police service especially when he is awaiting his confirmation as the substantive IGP. This single act has won the police, some respect from a majority of Ghanaians.

It has proven that no officer of the police shall be pardoned should they fall foul of the code and the law. This cannot be said to be a matter of scapegoatism for other officers or Ghanaians to think the administration shall respond differently when others end up breaching the code or the laws of the country.

More lessons need to be learned from the arrest of Rev. Owusu Bempah, a godfather of the President, and the arrest of some eleven (11) party people of the governing New Patriotic Party (NPP) who indulged in vandalism after the announcement of MMDCE nominees.