By Edoukwah (self media writer) | 22 days ago

The story which has kept making headlines these days is about Josephine Panyin. This is the woman who allegedly faked her pregnancy and kidnap which many people began to get scared for her. Initially when she was declared missing, many people became very worried and disturbed, even those who did not know her personally. Adding that this woman who was allegedly kidnapped was a pregnant woman, many people became sad the more.

Looking at how the missing Takoradi girls never seemed to reunite again with their families, many people were somewhat thinking the same for Josephine Panyin and worried day after day. Thankfully, Josephine's case turned out different but there was a problem. The problem is when she has openly come out to say the unexpected.

Before Josephine Panyin came out to say the truth about her pregnancy and kidnap, medical reports indicated that she was not pregnant. This was something the western regional minister made aware to the public following the reports he had. Unfortunately, many people turned to be in disagreement with the minister especially family and friends of the "suspect".

Josephine Panyin has finally come out with the whole truth and her reasons which has left so many people in a state of shock. This she told the investigation team.

The woman said that she was four months pregnant but unfortunately lost her pregnancy. Due to avoidance of stigmatization from the neighborhood and fear of her husband divorcing her after hearing the news, she decided to buy and wear a fake baby bump. This idea which was supported by her own mother. According to Josephine, she denied her husband sex for the next five months claiming it was for some health reasons. 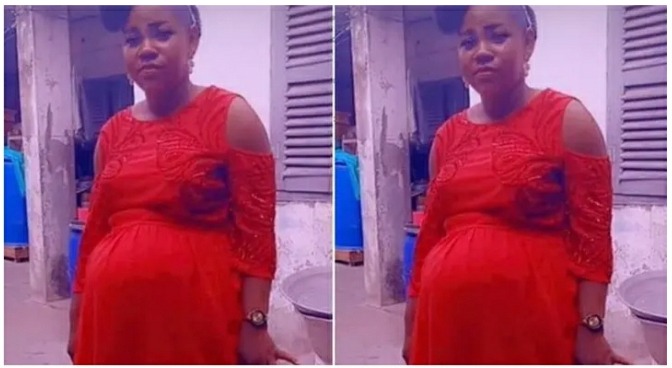 She also added that she faked her own kidnap and loss of "pregnancy" so that her husband would not have any option than to believe her and she would use that to cover the miscarriage she had the previous four months.

After she said this, many people are of the view that she should be arrested for causing panic in the whole country and also making some people somewhat tarnishing the image of the western regional minister, Honourable Kwabena Okyere Darko Mensah.

In my opinion, justice should be tempered with me mercy. Josephine should be forgiven and given serious cautions so that she wouldn't di such a thing again.

What can you also say? Kindly share your thoughts.

Funny face hints on committing suicide in this viral post