So if anything happens to me, you have caused it Mr. Timothy;Suicide Note of Policewoman Sarah found

By Winnerwriter (self media writer) | 9 months ago

Recent increase in crime within the country really needs to be tackled by the relevant security agencies mandated to safeguard and protect the citizenry from any harm, be it foreign or domestic. Mostly, it is the masses who suffer the cruel treatment of the crimes perpetrated by individuals but it has shifted to our men and women in uniform. Just as the dust was about to settle on the killing of one Policewoman who was posted to Damongo in the Savannah region, another killing has taken place and it involves a another female in uniform.

The Nkawkaw Divisional Police Headquarters in the Eastern Region has been struck with the shocking demise of one of their gallant female officer, Constable Sarah Adjei. She was at the Quarter stores and it is believed she committed suicide. On Saturday, August 7th 2021, the Constable was discovered dead in a hotel room. The Misiho hotel located in the Akwasiho vicinity was exactly the place she had booked the previous day to spend the night. 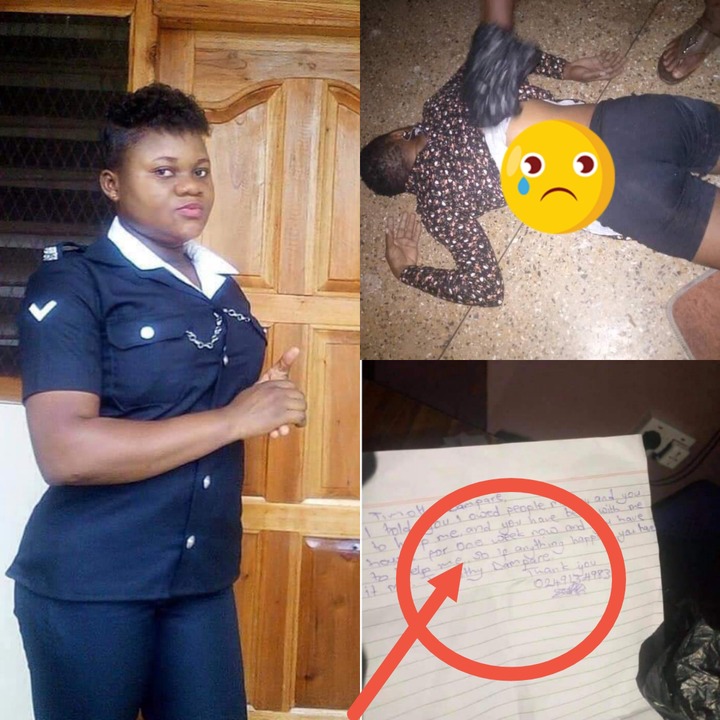 Per the account of the manager which he shared with the police, he performs his daily routine by inspecting the various hotel rooms. Upon entering the room of the Police officer, he discovered her lying dead in a pool of blood in a prone position on the floor. Further checks revealed her right cheek was swollen with blood oozing from her nostrils.

Inspection carried out at the incident scene also revealed a suicide note with the inscription which sought to accuse one Timothy Dampare as the reason behind her death. It read that she had informed the man of some amount of money she owe and the said Mr Timothy promised to pay but failed to fullfil his promise. It's been over a week now and the debt hasn't been settled. 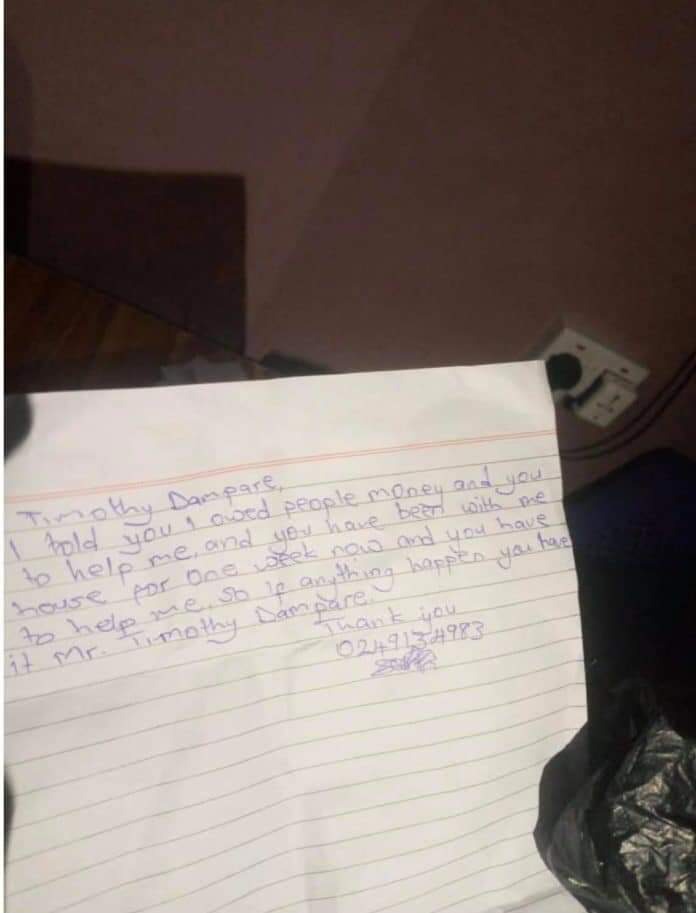 Investigations are underway to unravel the mystery behind the woman's death.