Marriage is supposed to be a union of two people who love each other. Everything appears to be so beautiful and rosy when the couples say I do, but unfortunately for some people, things begin to change once they return home and time begins to elapse. Humans are not all raised the same way, and we all have our own unique personalities. Lack of acceptance of this fact has caused a slew of problems in people's marriages. Many marital problems can be avoided if people study their partners, recognize their uniqueness, and accept them. 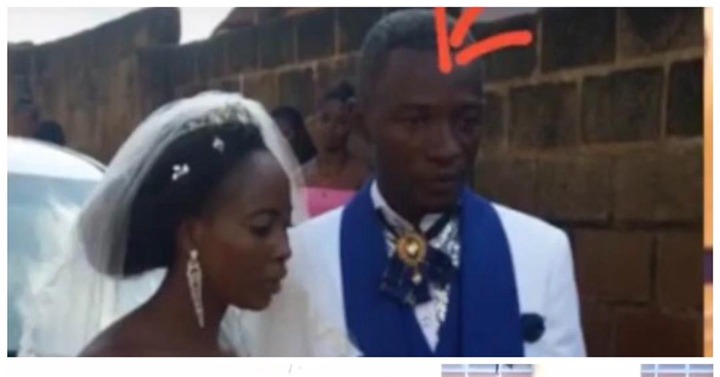 According to the family of the deceased, a man named Maxwel, who allegedly killed his pregnant wife and has been on the run, was apprehended by police yesterday on Oheneba TV. Betty Owusu was the deceased's name. According to his uncle, who was interviewed on Oheneba TV, there were times when he would call Betty to see how she was doing during her marriage, but Betty never indicated that she had any problems with her husband. She will always tell him that everything is fine, oblivious to the fact that there are problems. Betty, according to the uncle, was calling his father-in-law to report any problems with the husband. He even found out about it on the day Betty was murdered.

Betty's father-in-law told him after her death that Betty used to call him when she was having problems with her husband. Betty never complained about Maxwel being violent during those times.

When the in-law told him that, he became enraged, according to the Uncle. This is because if he had known there were problems between the couple, he would have separated them for a while. Recently, marriage couples have been causing significant harm to themselves over issues that can be resolved. This always has a positive impact on the children. Betty is no longer alive, but she has left behind one child. This child's father has also been arrested. How is this kid going to get parental love.

Below is the video link