Mechanisms for caring for the aged across cultures

Nevertheless, the society has developed various ways of coping with the challenge of old age. One extreme position was found among the Tiwi people in northem coast of Australia. These people were said to have a custom whereby they got rid of their ancient and decrepit people, particularly the females. It is known as "covering up". 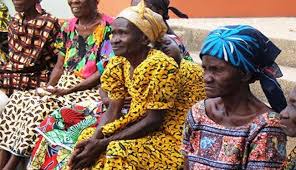 The method was to dig a hole in the ground in some lonely place, put the old woman in the hole and fill it with earth until only her head was showing. Everybody then went away for a c or two and then went back to the hole to discover, to their surprise', that the old woman was dead. Nobody had "killed her; her death in Tiwis' eyes was a natural one. She had been alive when her relatives last saw her. An old person was treated this way when" she became too feeble to look after herself (Hart & Pilling, 1970). day The above illustration shows that attitudes towards the aged are rooted in society and, therefore, differ from one social group to another.

In contrast the the Tiwi custom, old age is the best way for a woman to gain a limited amount of authority in traditional Chinese families. Martin (1998) and Jiang (1995) write that in traditional China, the family is the key institution around which support for the elderly is organised. With the foundation in the family, the moral notion of love and respect for the elderly is practised throughout China. Each generation rears the one behind it, which then becomes responsible for the support of the preceeding generation. The elderly remains in the family until death and provides valuable feedback on how the next two generations are reared. 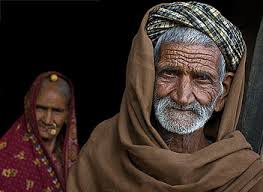 Violations of filial piety, such as failure to support the elderly, are illegal, but in rural areas, public opinion, which denounces the violation to the community, carries more weight (Martin, 1988). Although, traditions of filial piety (which is the duty and subordination of the son to the father) and "xiao" (showing one's parents respect and obeying them without question) are being eroded by civilization, though it is still the family, which is expected to be the major source of support for the elderly. In Ghana the elderly parents lived with adult children, primarily their married sons (Jiang, 1995).

The Japanese society has cultural traditions of familism and filial piety that are similar to those of the Chinese. These norms have their bases in the traditional stem family system known as "ie." The "ie" which literarily means 'house' in Japanese is a mutigenerational stem family in which the eldest son takes his bride into the home of his parents, with whom he lives until the parents die. Yomato (2006) writes that the le is also a property owing, corporate group in which the greatest emphasis is placed on maintaining the property over time. The "ie" successor, usually the eldest son inherits all the property from his parents, and in return, he is responsible for providing for the parents and other elderly members. 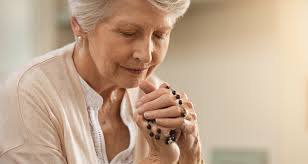 The "ie" successor is also responsible for managing the property well, preserving it to be passed on to the next generation. The elderly in Japan, according to Koyan (2003) have traditionally depended on the le successor for both financial security and visible care. In Korea, relationships, not individuais, are considered a basic unit. The human essence is relational and can be defined in terms of what happens between individuals. The family members are connected through mutual interdependence.

Each family member defines him or herself according to their relatedness to other family members. Here, it is the relationship between the husband and wife that is fundamental (Schwarz, 2006). Through the union of husband and wife, children are born and the family lineage is maintained. While the father has the responsibility of educating his son that he will carry on the family's name and represent the family, the mother is responsible for raising children, ensuring that they respect and obey their father taking care of the elderly parents and relatives and as well managing household affairs and social relationships. As the children mature, they need to reciprocate the unconditional support provided to them.

Kim and Choi (1994) list this as including respect for parents' opinion and authority, care for their social and material needs as well as honour for their achievements. Schwarz (2006) summarises Korean support and caring system for the elderly thus: "Reciprocity plays a major role in the concept of filial piety. The adult children are obliged to pay back what the parents have done for them. 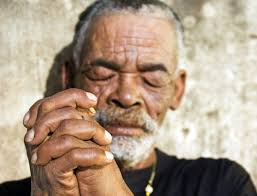