Ajumako DCE Arrested By The Police For Assaulting Police Officer

By aebnews (self media writer) | 1 year ago 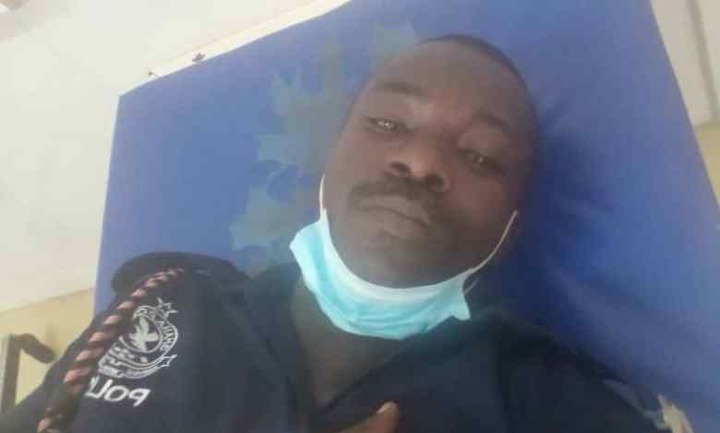 The DCE of Ajumako Enyan Essiam has been arrested by the central regional police command. He was arrested on the basis that he allegedly attack police corporal. Corporal Frank Mensah was allegedly attacked by the DCE and has since been receiving treatment the Ajumako district hospital.

The district chief executive of Ajumako, Mr Ransford Kwesi Nyarko is also said to gave freed a suspect in custody.The Corporal was said to have detained Kwadwo Cosmos, an aide to the DCE, following a report made against him by one Adwoa Sophia.

Sources have it that, the detention of the suspect by the police did not go well with the DCE who organised some youth in the area to invade the police station and in the process subjected the police officer to severe beatings and freeing the suspect from custody.

Content created and supplied by: aebnews (via Opera News )

They Are Taking Me To The Cell At East Legon- Oliver Barker Drops Another Information.

Demonstration: Captain Smart And Oliver Barker Storm Tv XYZ To Give A Message To Ghanaians